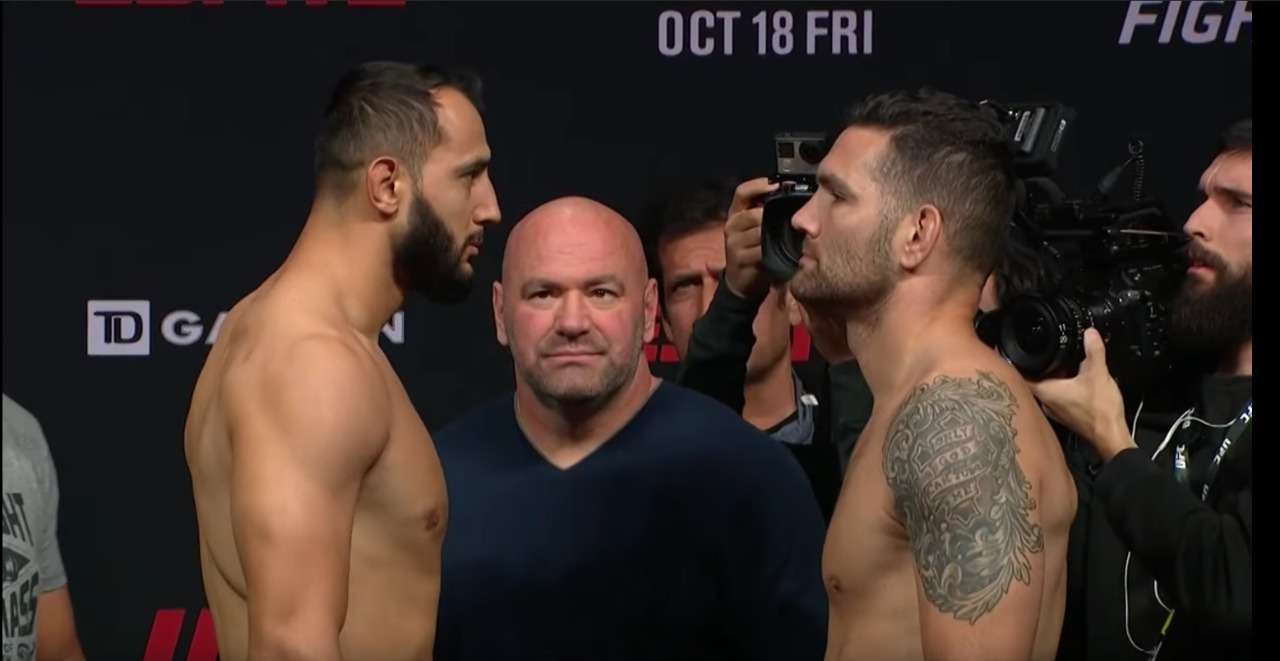 Please find below the preview for UFC Fight Night featuring Dominick Reyes vs Chris Weidman in the Light Heavyweight Bout for the Main event.

After a stimulating weekend in which Joanna Jedrzejczyk won her position back in the UFC, we have an equally intriguing roster this weekend at the TD Garden Arena in Boston. This time the main event features Dominick Reyes facing off Chris Weidman in the Light Heavyweight category. The co-main event will feature the featherweight bout between Yair Rodríguez and Jeremy Stephens as they look to settle their score after their scheduled main event match at UFC: “Mexico City” which was aborted.

The roster this time has the potential to get you off your seat not only because Chris “All-American” Weidman is making a comeback to The Octagon after 2017 but also the possibility that the winner of this fight may face Jon Jones for the UFC Light-Heavyweight title early next year. The “All-American” has a longer reach than many fighters but has not been able to use it to his full advantage so far. Having said that, with his calculated targeting and consistent leg work, he’s a tremendous wrestler and can be a scary grappler if left on the ground.

Facing him, Dominick “The Devastator” Reyes has the tools and potential to make it to the top of the division. The Devastator has showcased a power packed arsenal in his tenure at UFC and since his debut in June 2017, he has registered wins over Joachim Christensen, Jared Cannonier, Ovince Saint Preux and Volkan Oezdemir. His excellent striking technique, alongside his long reach, has helped him fend of fighters by simply keeping them on the move inside the Octagon.

Predicted to be one of the most interesting fights in the roster this week, the main event promises to be a tremendously compelling and pivotal matchup as Reyes is looking to prove he is championship ready and Weidman is aiming to start a new chapter in his career.

After the main event of UFC Fight Night 159 was halted just after 15 seconds in Mexico City last month, Rodriguez and Stephens had a great turnaround time to get back onto the UFC roster to close their unfinished business. The paused game of hard hitting punches with strong injuries will now be resumed with everything that made the fight terrific that night. Yair Rodriguez remains one of the most intriguing emerging talents in this sport and this fight still feels like the ultimate litmus test for the dynamic featherweight contender to climb up the ladder in this division. On the other hand, Jeremy Stephens looks at this fight as an opportunity to halt his current slide by defeating an ultra-confident youngster. The fact that there is hostility combined with genuine tension between the two after how things ended last month and the war of words that followed makes this fight a thriller for fans to watch.