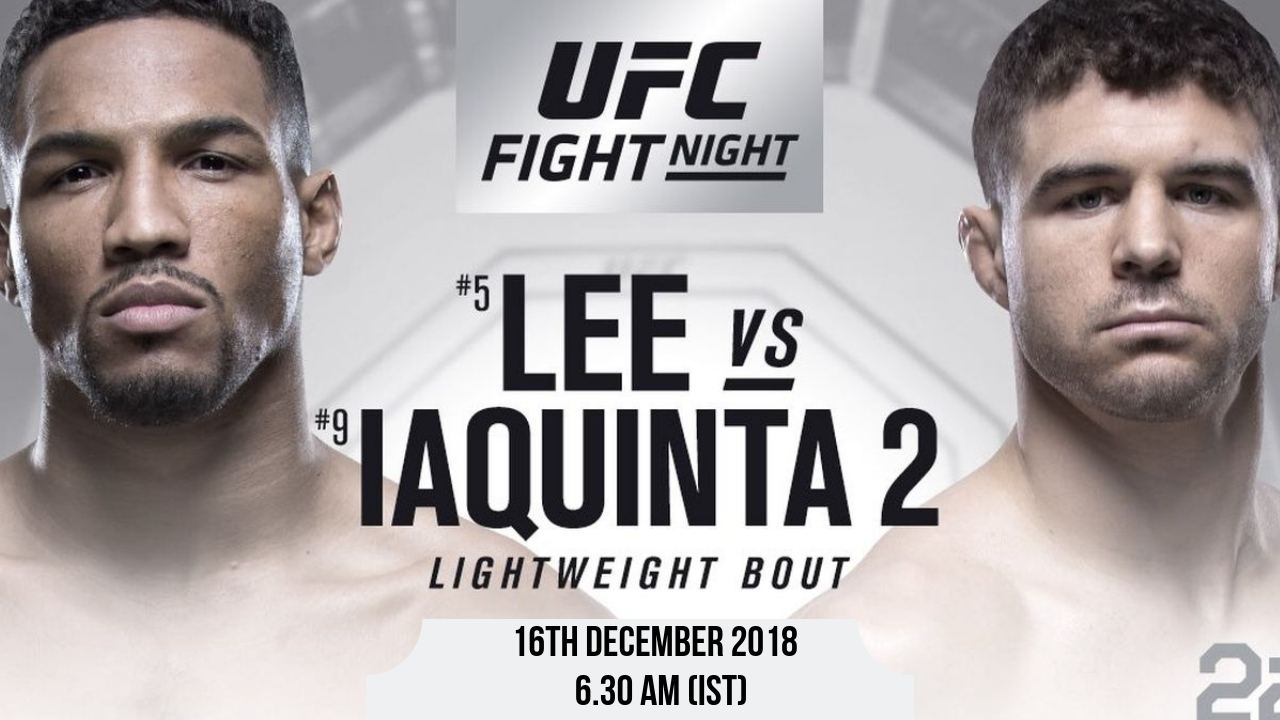 Two top ranked UFC Lightweight contenders will face each other after nearly five years inside Fiserv Forum arena as Milwaukee gets ready to host UFC’s penultimate event of 2018. This fight card consists of the top-notch Lightweight rematch between Kevin Lee and Al Iaquinta along with another terrific fight serving as a co-main event between Edson Barboza and “The Indestructible” Dan Hooker. 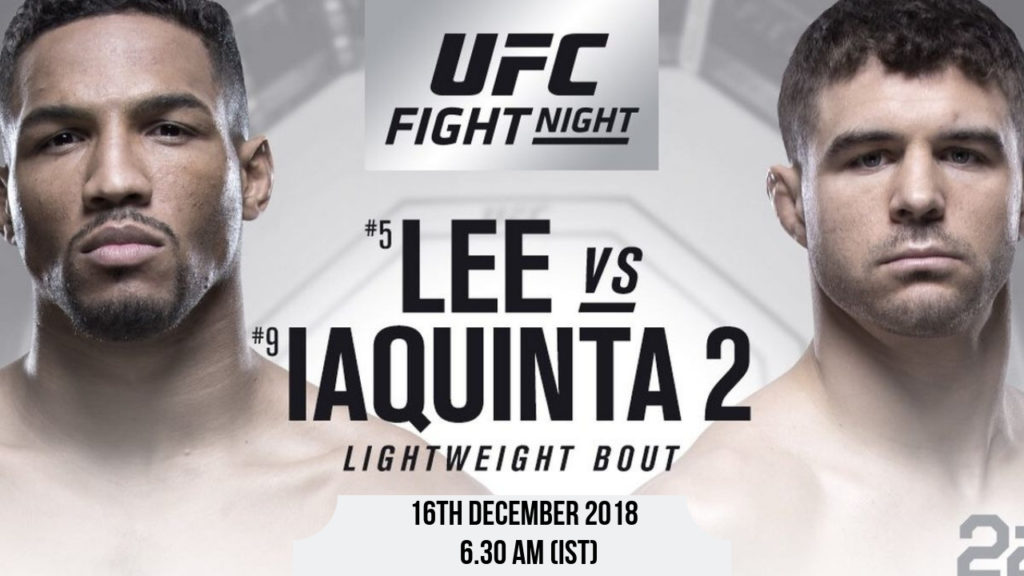 It’s been nearly five years since Al Iaquinta welcomed Kevin Lee to UFC with a three round unanimous decision win over the debutant. The former Ultimate Fighter finalist will meet his much-changed nemesis this weekend. Both are ranked in the top 10 and each of them is hoping to get back into title contention with a win.

Kevin Lee – “The Motown Phenom” is riding on a 6-1 record over his past seven fights, with his only loss coming to former interim champion Tony Ferguson. The stunning performance against his last opponent Edson Barboza, a fight he controlled and dominated for nearly the entire contest, has turned him into a true contender in the Lightweight Division. With a significant rate of 3.6 strikes per minute and an accuracy of 42%, Lee has produced amazing finishes in each of his last five victories, making him one of the most exciting fighters in this division. Averaging two wins per year since six years now and having defeated Barboza earlier this year, the fight this weekend gives him his last opportunity to make it a seven year record and defeat his long lost nemesis, Al Iaquinta.

Al Iaquinta made his Octagon debut after an impressive run on The Ultimate Fighter and since then has ruthlessly vanquished many of his divisions toughest. Eight months ago, the Long Island Brawler stepped in to fight Khabib Nurmagomedov on a less than one day notice and impressively took the reigning undisputed Lightweight champion the distance. Now, in the aftermath of that stellar performance, the 31 year old seeks to prove the best is yet to come with a repeat win over Kevin Lee. With a significant rate of 4.28 strikes per minute and an accuracy of 40 %, “The Raging” Iaquinta is no stranger to attempting takedowns and churning out victories through ferocious knockdowns.

Iaquinta obviously won the first fight against Lee over four years ago during UFC 169, However, Lee is a much better fighter now than he was back in the day. The winner of this rematch will certainly cement themselves as a force to be reckoned with in the lightweight division.

This may be the most exciting fight on the main card because of the quality striking and the way both these fighters can finish a fight. After getting smothered by Khabib Nurmagomedov and Kevin Lee in back-to-back fights, Edson Barboza has to be ecstatic about his matchup with Dan Hooker who has looked unstoppable, capturing four wins in a row over the likes of Jim Miller and Gilbert Burns, among others – all by knockout or submission. The Brazilian Barboza, is known for his dynamic kicking arsenal and boasts notable wins over former UFC lightweight champion, Anthony Pettis, and former title challenger, Gilbert Melendez.

“I chased him because I believe … he’s the toughest fighter. I didn’t ask for Edson Barboza because I feel like that’s an easy way to get to the top, I think he’s going to bring a fight. I want a real test and I feel like Edson Barboza is the man for the job.”