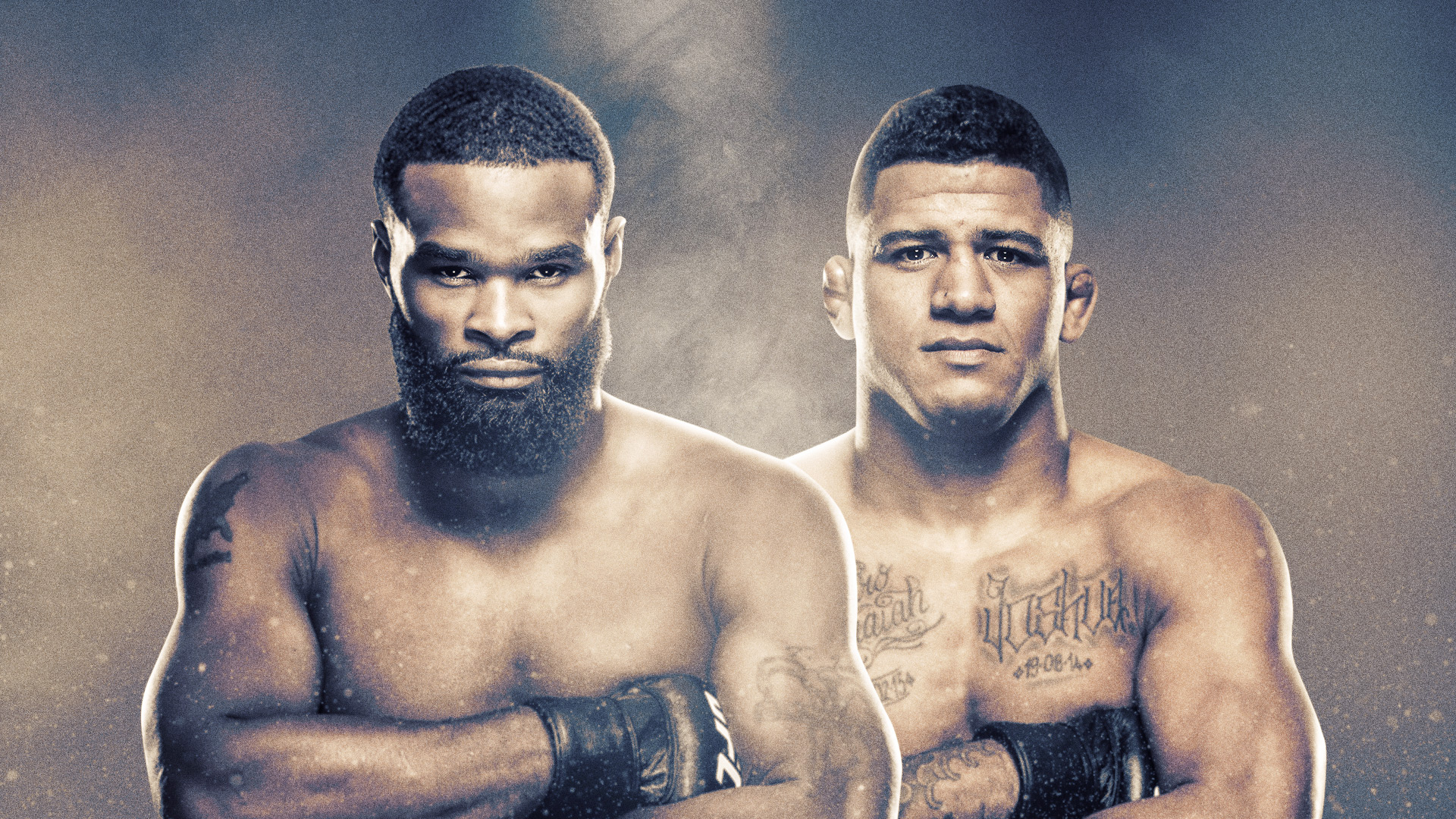 UFC fulfilled every sports fans’ desire for live-action earlier this month by producing 3 live events in Jacksonville, Florida. The events started with UFC 249 and ended with Fight Night: Overeem vs Harris. This week, UFC is all set to return with an event at the UFC APEX in Las Vegas, Nevada and will be headlined by a crucial fight in the welterweight division as former champ Tyron Woodley returns to the Octagon to face off surging Brazilian, Gilbert Burns.

The co-main event will showcase heavyweight fighters, Blagoy Ivanov and Augusto Sakai, go toe-to-toe for cementing a position in the Top 15 of the UFC heavyweight roster. Other notable matchups on the card will include a welterweight bout between Kevin Holland and Daniel Rodriguez, Women’s strawweight prospect Mackenzie Dern taking on Hannah Cifers and Roosevelt Roberts fighting Brok Weaver in the lightweight division.

The UFC have put together an outstanding match-up for this week’s main event as both fighters enter the Octagon with something to prove and the victor having one hand on a potential title fight once the second half of the year gets underway.

Tyron Woodley returns to the Octagon for the first time since losing the welterweight title to Kamaru Usman last March in a contest that halted “The Chosen One’s” two-and-a-half-year reign atop the division.

Through a seven-fight UFC unbeaten streak prior to the loss, Woodley had successfully defended his title four times and established himself among the most successful welterweight champions of all-time. The former University of Missouri wrestler combines his world-class grappling with unreal knockout power to knockout nearly every opponent he has faced in the UFC.

The former champion turned 38 in April and a loss to Burns this weekend could mean a long road back to title contention. Speaking to the media ahead of his fight with Burns, he said “People only remember you for your last outing and it’s been so long ago, it’s time to remind them that I’m still in a violent headspace.

I don’t know if I’ve ever been this focused during my stint in the UFC and that’s how I know I’m ready to go. This fight is going to be a clear case of someone asking for something they didn’t really know what they were asking for. I’m gonna let the person talk but when we get in there in the octagon, the performance I put on is going to be crazy. That’s a mismatch. That ain’t even fair and people are gonna feel bad for Burns”

The 33-year-old Gilbert Burns heads to the Apex facility as one of the most promising fighters in UFC. The Brazilian was one of the breakthrough stars of 2019, posting a trio of victories capped by a pair of short-notice fights where he knocked out Aleksei Kunchenko and topped Gunnar Nelson by unanimous decision.

Earlier this year, Burns continued his push towards contention in the welterweight division with a first-round stoppage victory over former title challenger Demian Maia at UFC Fight Night 170 in March. Gilbert Burns is coming into this fight on a back of 5-fight win streak. Speaking to the media ahead of this fight.

Will Woodley deliver the blistering performance he’s been promising or can Burns extend his winning streak to six by earning the biggest victory of his career for the third straight fight?