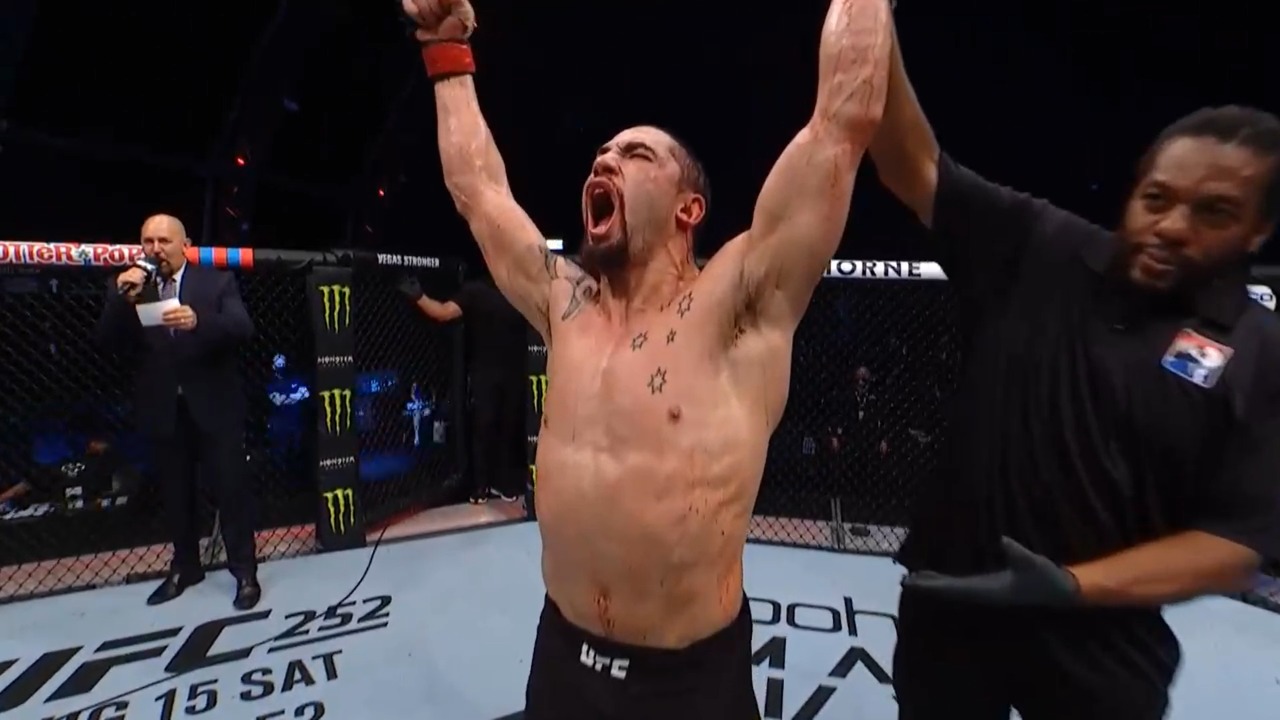 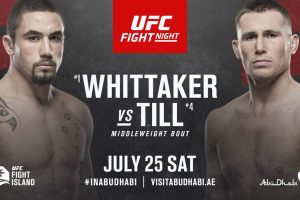 UFC on ESPN 14: Whittaker vs Till Prelims

“Everything my coaches wanted me to do was not brawl. Let’s not give him that chance of let’s trade shots. I know it’s fun for the fans to watch, don’t get me wrong, I’m still going to be doing it and I still try to have a little bit of a go in there, but I knew I was up in the rounds, I knew I was the better fighter and I knew I would outscore him.

“So for me to have a fifty-fifty exchange with him, I’m giving him the benefit of the doubt and coming off a loss, I couldn’t afford to do that. My coaches said, be the sniper, pick the shots, don’t get here and that’s what I’ve done.

“I’d love to come back here, it’s been an absolutely amazing experience. If the UFC do keep this venue here up and running, I’d love to get back on here. I’d like a rematch with John Dodson at some point, but I understand that he won’t give that to me necessarily, so just whoever the matchmakers want me to fight, I’ll take whoever the UFC give me,” Wood said.

“I felt very confident that I could finish him couple of times. But because of the two failed submission attempts, my hands was very heavy. I wasn’t rocked from his knee in a first round and I felt that I dominated the fight. Next time I will get a finish for sure. I feel completely healthy and want to get back to the Octagon as soon as possible,” Emeev said.

“That was a tough fight, I knew it was going to be like this, I prepared myself for it. She’s tough as nails, I felt like I had the upper hand though, I’m really happy with this win, even though maybe I didn’t feel it was my best performance, but s*** happens and I felt really happy with everything we’ve been through, all these months. My team has been really supportive.

“I knew she would try to take me down, I had that feeling. She did get me down once, but I feel like she didn’t do any damage, I tried to go for something, but I felt it was better just to get up, she was pretty heavy on top.

“This has been amazing, thank you UFC for all this. Who would have thought that we would be fighting here, we’re the only sport in the world doing this. I appreciate everything and I would love to come back as soon as possible,” Kianzad said.

“The fight went very well for me. It was a matter of trying to land the low kicks, body shots, slow him down, he’s a big guy, so I need to make him a little more tired, a little slower and then I can look to land the big shots, and it worked good.

“I felt my hand go into his eye, so I don’t know if there’s damage in his orbital bone or something, but it was a solid shot, I felt it on my knuckles. That was all strategic, I’m never the bigger guy, I have to be strategic, I have to win with smarts and the skillset that I have, I’m not one of these big juggernauts like these other guys, so I have to figure out a way to beat them.

“I feel great, that’s the best results I could possibly get. Just going to go home, take maybe one week off, two weeks because Canada has a quarantine and then get back to the gym as soon as I can. I want Maurice Greene next, hopefully in the fall, but I’m dumb, if they offer me a fight and I’m not hurt, I’m probably just going to take it, so you never know.,” Boser said.

“He did exactly what I expected from him. I am young, still undefeated and I got a win over a very tough opponent. I am hoping it will send UFC a message, that I am ready for top opponents. I would like to fight Arnold Allen because I think I could beat him and take his place. I am one step closer to the UFC gold and it’s just a matter of time when I will get it,” Evloev said.

TOM ASPINALL MAKES SOME NOISE ON HIS DEBUT! 🗣️

Keep your eyes on this young man! 👏 #UFCFightIsland3

“Debut was amazing, it was exactly what I’ve seen in my mind the whole time. Went good, went amazing. I knew he is a little bit sloppy with his technique and he rushes in a little bit, so it was just what we practiced in the gym, timing my punches, not rushing, just taking my time a little bit and it worked well.

“I would like to get back round September, October time, something like that. I was very impressed with Serghei Spivac who fought last week n this card, he’s a young up and coming guy, I’m a young and up and coming guy and I think they should put us together and let’s fight,” Aspinall said.

🇨🇦 @Ronsoff drops Dalby and sinks in the RNC to mark an emphatic return! #UFCFightIsland3

“It feels so good, I’ve waited seven years for this. I feel that, where my skills are at right now, I’m only going to get better and I’ve got to make the most of my time. The only I’m losing for my next little while is more hair.

“It definitely could have been better, despite what I say, I was so nervous for this because it’s a lifelong goal to get back here, took so long to get back here, and I was so nervous. I needed to feel this guy out, I needed to feel it and that could have been a big mistake because he could have clipped me and he could have put me away, but I just knew how composed and how mature I was that I would be able to withstand it, I’m not that dumb, I’ve got a high fight IQ.

“I could have done better and next time I will. When I get back to 155, my real weight class, you’re going to see, there’s going to be no hesitation because I’m not afraid of anyone’s punches or power or strength or anything like that,” Ronson said.

Francisco Trinaldo was unavailable for comment due to being transported for precautionary reasons.

UFC on ESPN 14: Whittaker vs Till Main Card

“Now, I relax, go to where my brother has a house, I said to myself, let’s go take a relax then come back and smash somebody like I did and I did 10 days before. I like this, I want to do more. It was too easy for me, today I’m too fast, I want to be there more. I didn’t feel like I fight, it was one second, but I need this, I want to fight.

“Fighting it fighting, I do sparring every day, this is like sparring for me. History is history, what can I say. If they have one more history, I’m going to take this. Next, one month easy training, relax, see my mom, then start again, hard work, take some opponents and smash them. Everybody in my division, I’m going to smash them,” Chimaev said.

“I worked hard to win this fight. The strategy was what I did, wait for him come and to use my striking game. I am a different fighter, I changed a lot of on my training camp. I’m out of the top 15, but I want to come back and fight against the best. This sport changed my life, this is most important thing to me,”Oliveira said.

Shogun and Lil Nog.
The end of the trilogy.