UFC/Boxing: Floyd Mayweather will soon apply for a MMA license 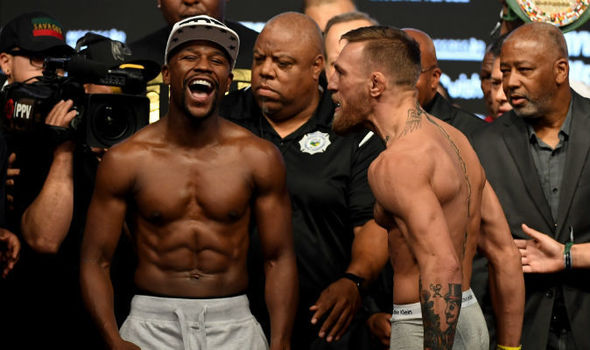 Floyd Mayweather and Conor McGregor are still involved in banter over social-media and have been taking digs at each other ever since their boxing match. Mayweather has also raised speculation over his MMA debut by posting pictures and videos of him training inside the octagon. Hence, it has led to a lot of rumours claiming that the pair might face other again, but this time it will be inside the octagon. Mayweather Jr. has just added fuel to the fire by revealing that he will be applying for a MMA license.

The boxing bout between ‘Money’ Mayweather and “Mystic Mac” was one of the biggest ever. It sold around 4.3 million in PPV sales and it certainly won’t be a surprise if a rematch between the pair even breaks the record of Floyd vs. Pacquiao in PPV numbers.

‘Money’ Mayweather recently spoke to TMZ. In his interview, he hinted a potential MMA fight with McGregor might really happen. He also revealed that he will soon apply for a MMA license. Here’s what he had to say:

Previous articleUFC: Dominick Cruz says he could defeat Floyd Mayweather with 1-arm tied behind his back in MMA
Next articleUFC:Holloway on his twitter beef with McGregor