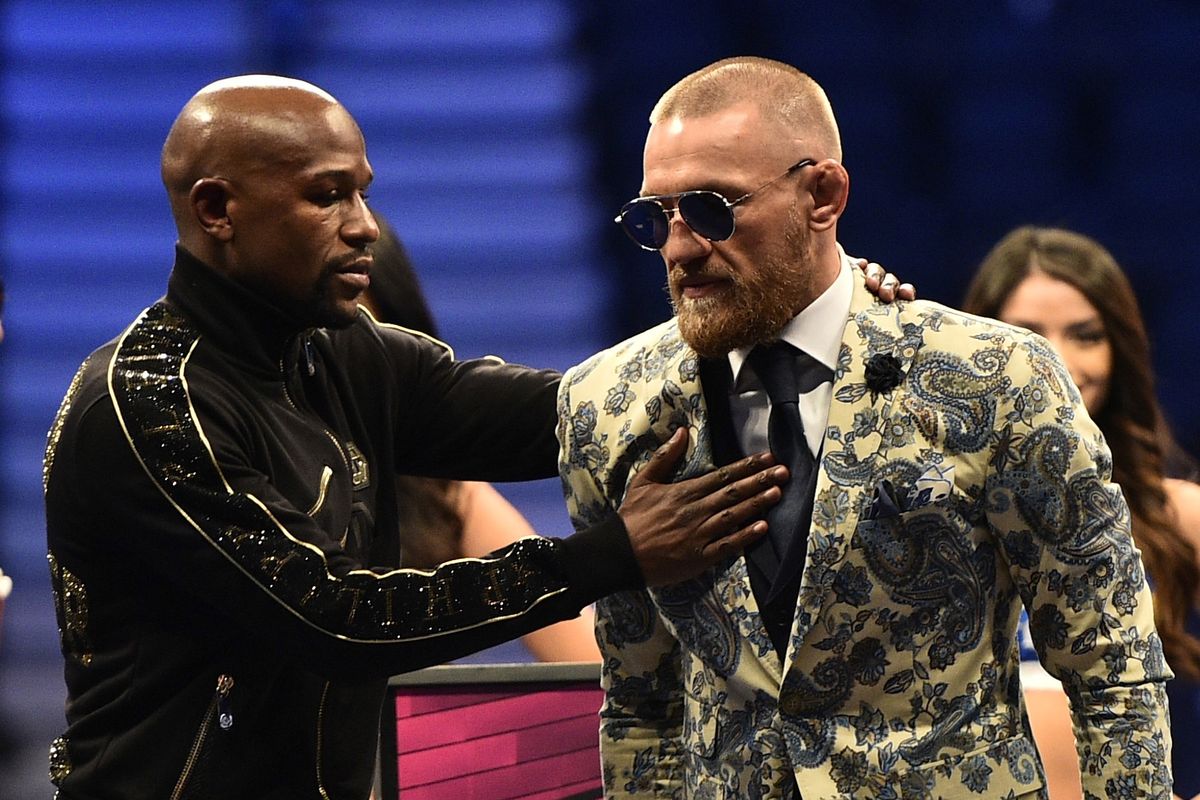 TMZ caught up with Floyd Mayweather on Tuesday leaving Hard Rock Hotel & Casino in Atlantic City and asked him about the first year anniversary of his mega fight with Conor McGregor.

“A year on the 28th, Mayweather verse Mcgregor hell of a fight. Hell of a showdown. I take my hat off to Conor Mcgregor. He’s a hell of a fighter. He a tough competitor,” Floyd said. 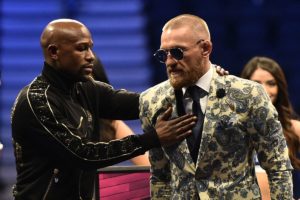 Mayweather refused to give a prediction in his interview with TMZ Sports, but he said Khabib will have his hands full:

“I don’t really have a prediction because I’ve never seen the guy fight that’s facing Conor McGregor—from what I know he’s a hell of a guy that’s on the ground—hell of a grappler—and he can wrestle.

“But, the fans want to see you stand up and fight. That’s what the fans like to see. But, Conor McGregor, he’s a tough competitor, like I said before Conor McGregor’s not gonna back down from anyone, he’s not scared, he’s a warrior.”

Conor McGregor will square of against Khabib Nurmagomedov at UFC 229 on October 6 at T-Mobile Arena in Las Vegas.

Previous articleUFC: Robert Whittaker feels the UFC handing out title shots to fighters who miss weight is unfair
Next articleUFC: Karolina Kowalkiewicz says that Joanna Jederzejczyk should not be next in line for the title