UFC on Fox 29 Poirier vs. Gaethje: 5 Fights to Watch For 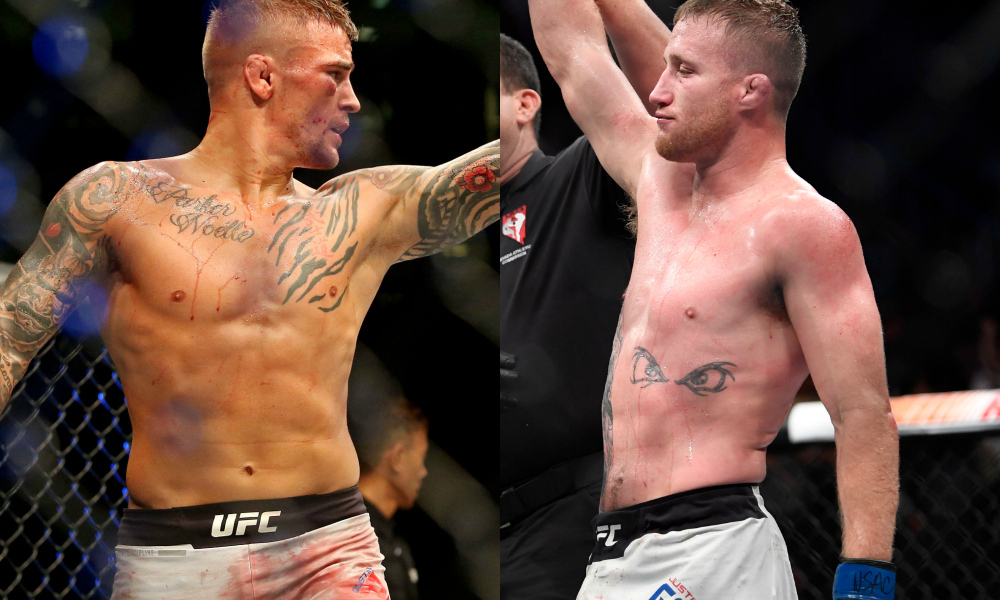 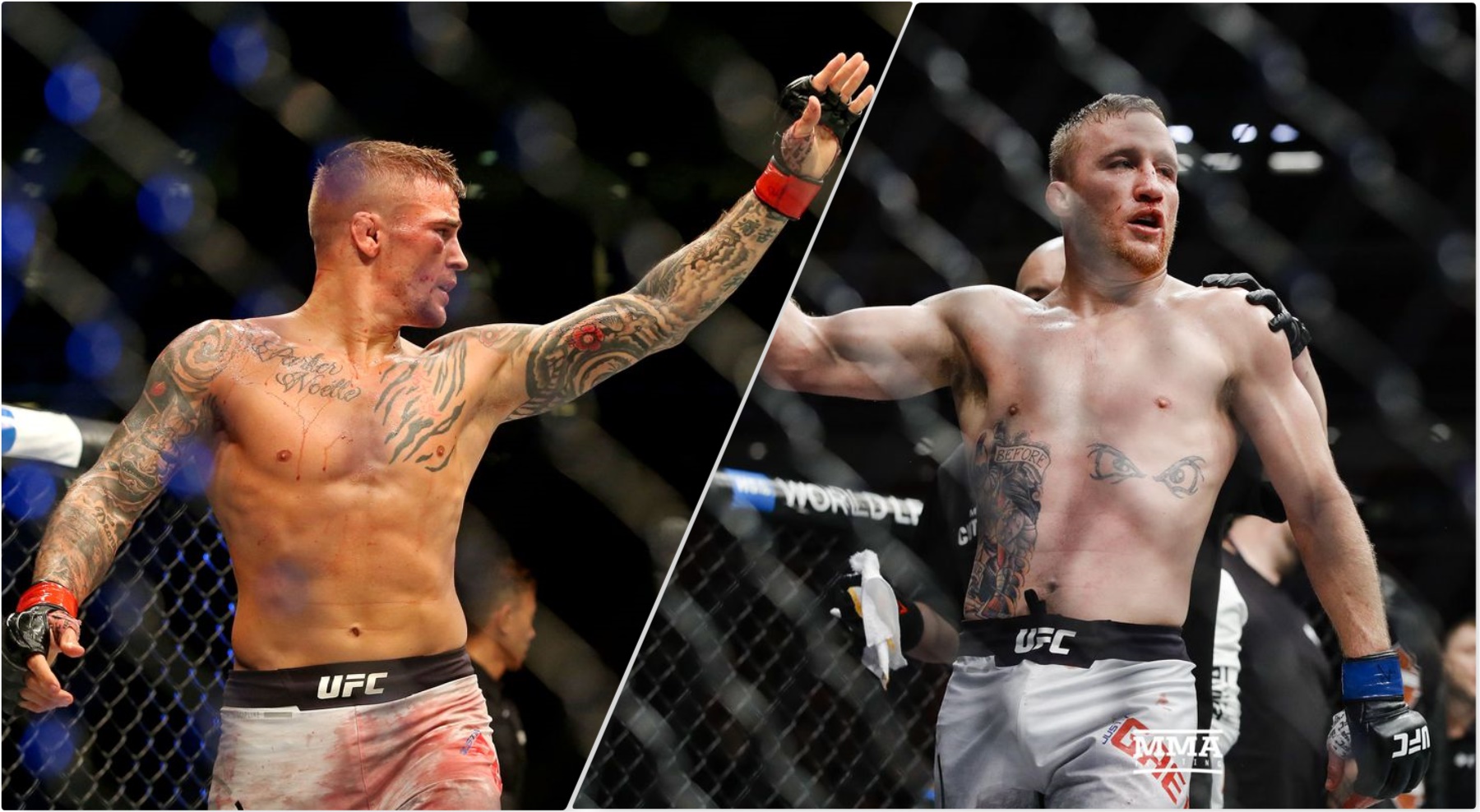 Justin tasted defeat for the first time in a war that would go down as one of the best fights in the UFC. Since then, he’s itching to get back on the top waiting for the right kind of fight. Dustin Poirier has the same feeling – since his fallout fight with Eddie Alvarez. A name that’s common in both the lightweight’s previous fights. But this time, Dustin faces an all-out brute fighting force who doesn’t shy away from bloodbath. Justin’s kicking game is far superior, and he likes to drag opponents into deep water with his counter striking. Poirier has a clear-cut strategy to deal with the fan favourite Gaethje. He doesn’t want to stand and bang with him, doesn’t want to get into a bloodbath and go out on shield. Its going to be methodical approach to dismantle Gaethje piece by piece. It’s going to be an uphill task ahead of Dustin against the battle tested veteran. 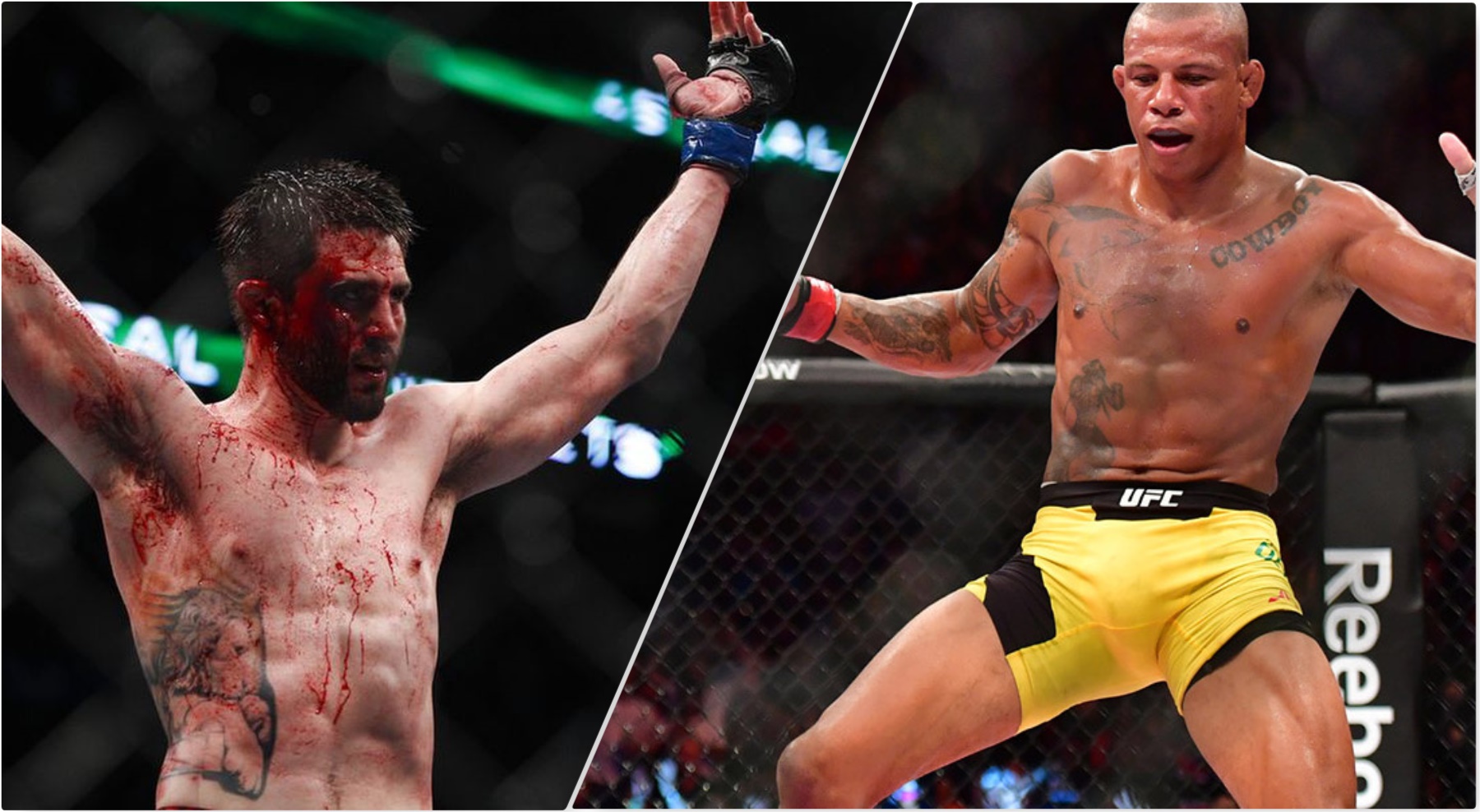 For the first time in his career, Condit faces adversity in the form of three straight losses. His After having fought only once in 2015, Condit returned in 2016 to face Robbie Lawler and Demian Maia, two tough losses against elite talent. His next loss against Neil Magny put a lot of questions on him – has he lost the edge, the killer spirit to win? With his back to the wall, Carlos now feels he can get back to his earlier form. In his previous performance he hardly made an impact and felt out of place during the entire fight. If he brings in the same mindset, Alex Oliveira could finish the fight in an instant with his brawling fight approach. It’s a tough matchup to get back to a win column. But if Carlos can pull this off, he is sure to be back on the track. 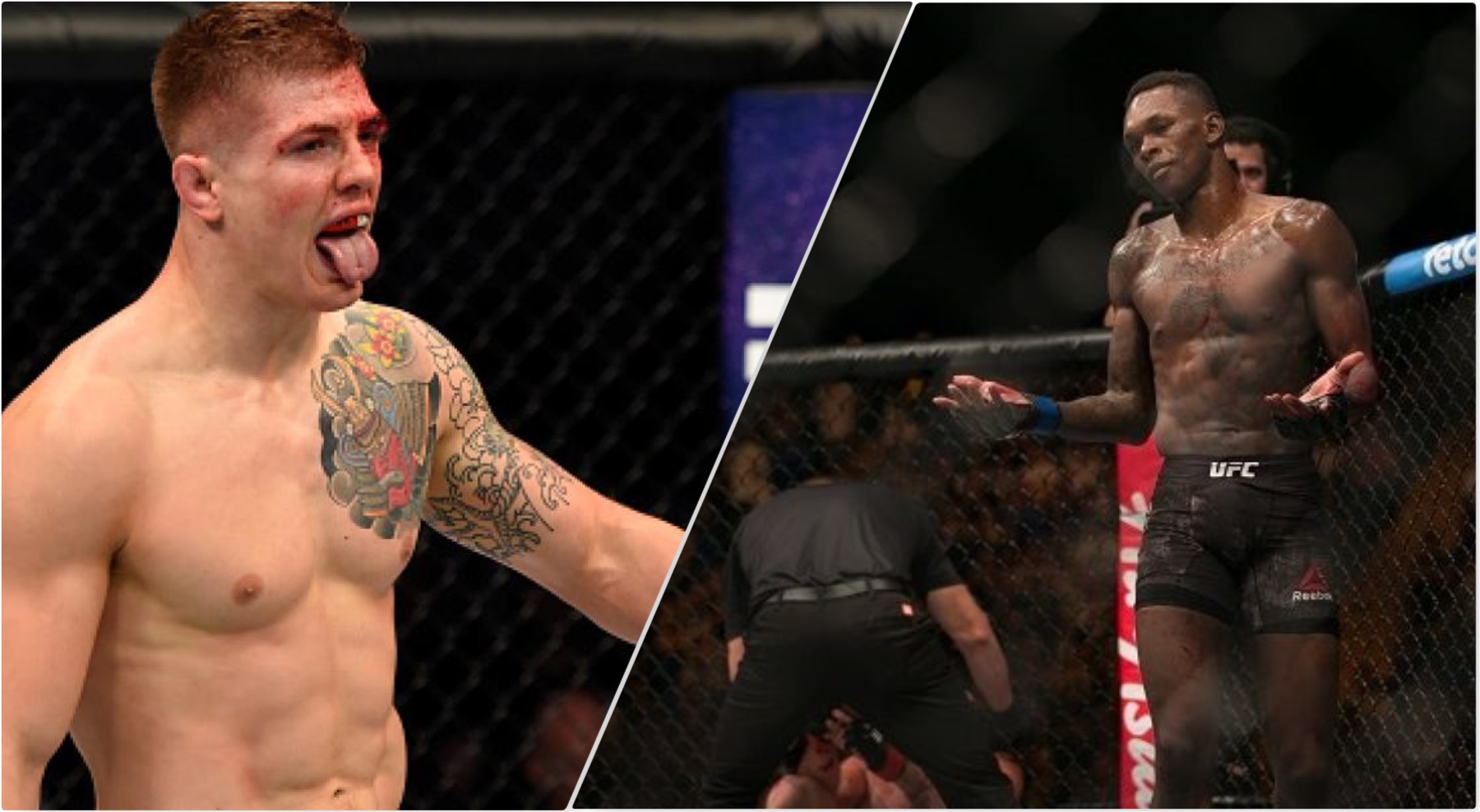 With only one UFC fight to his credit Adesanya was able to garner enough attention following his smashing TKO victory in February. Adesanya finished Six of his 12 fights in the firs round via TKO and the remaining wins saw the same fate but in round 2. It’s an astonishing feat to achieve 12 KO/TKO victories especially in the middleweight division. Against Marvin, Adesanya expects the same outcome – to showcase his striking and forcing his opponent to shoot for a takedown. Adesanya’s devastating striking comes from his previous kickboxing experience. Marvin could follow the trap and end up in a kickboxing fight but mixing with his strong wrestling could come to his rescue. 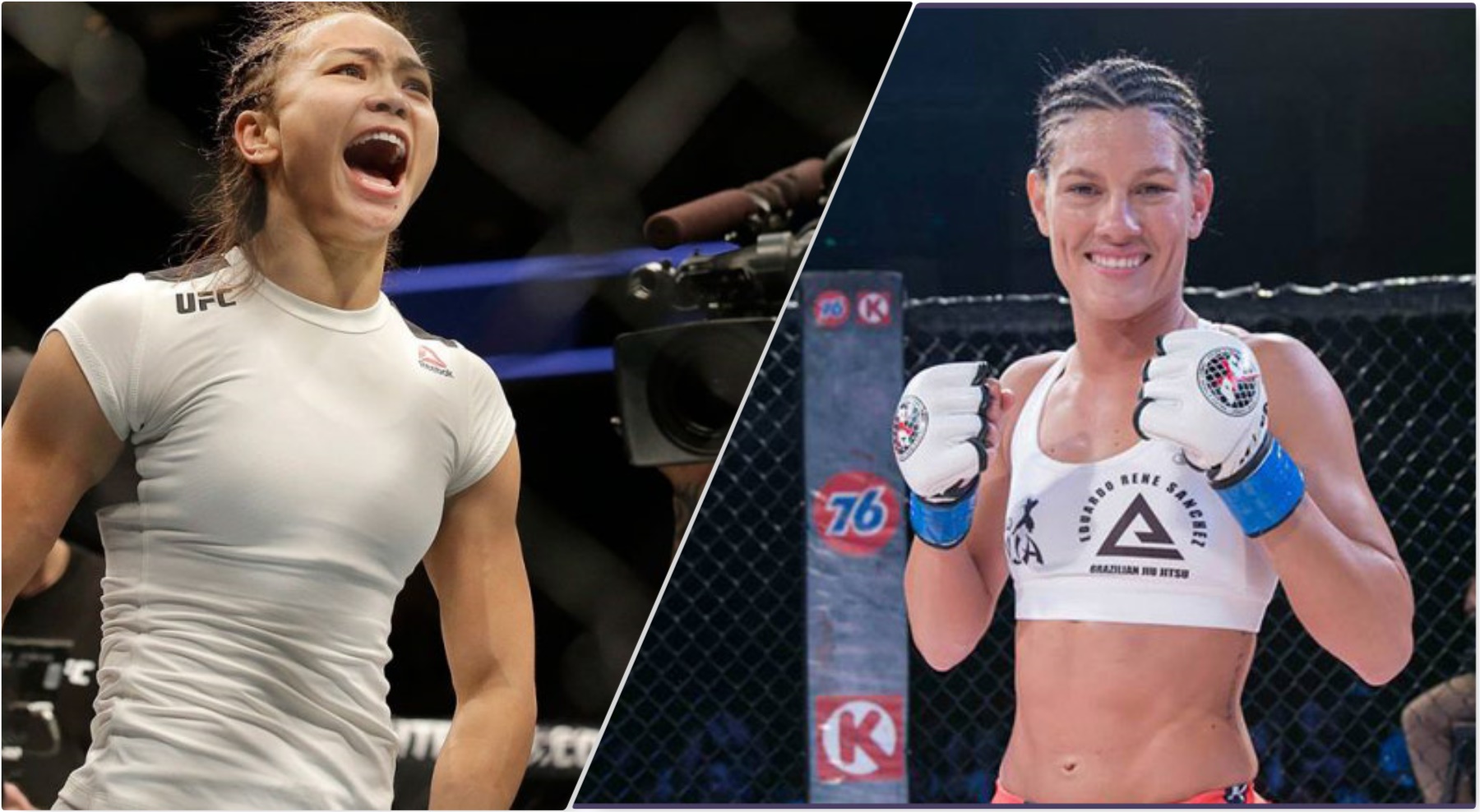 After her first two wins and fight performances inside the octagon, Michelle looked like she was on the right path to the top 5-spot. But two back to back losses against serious contenders led to her stock value drop down in the strawweight division. She gets another solid contender in the name of Cortney Casey who is not so easy to put away. Casey likes to stand right in front of her opponents and doesn’t shy away from a stand-up war. Her wins over Jessica Aguilar, Randa Markos and Cristina Stanciu showcased she can take enough beating and still push forward to put more pressure on her opponents. Her ground game could be a weak spot which Michelle can exploit. A tough match up for both these strawweight’s who wouldn’t want another loss in their resume. 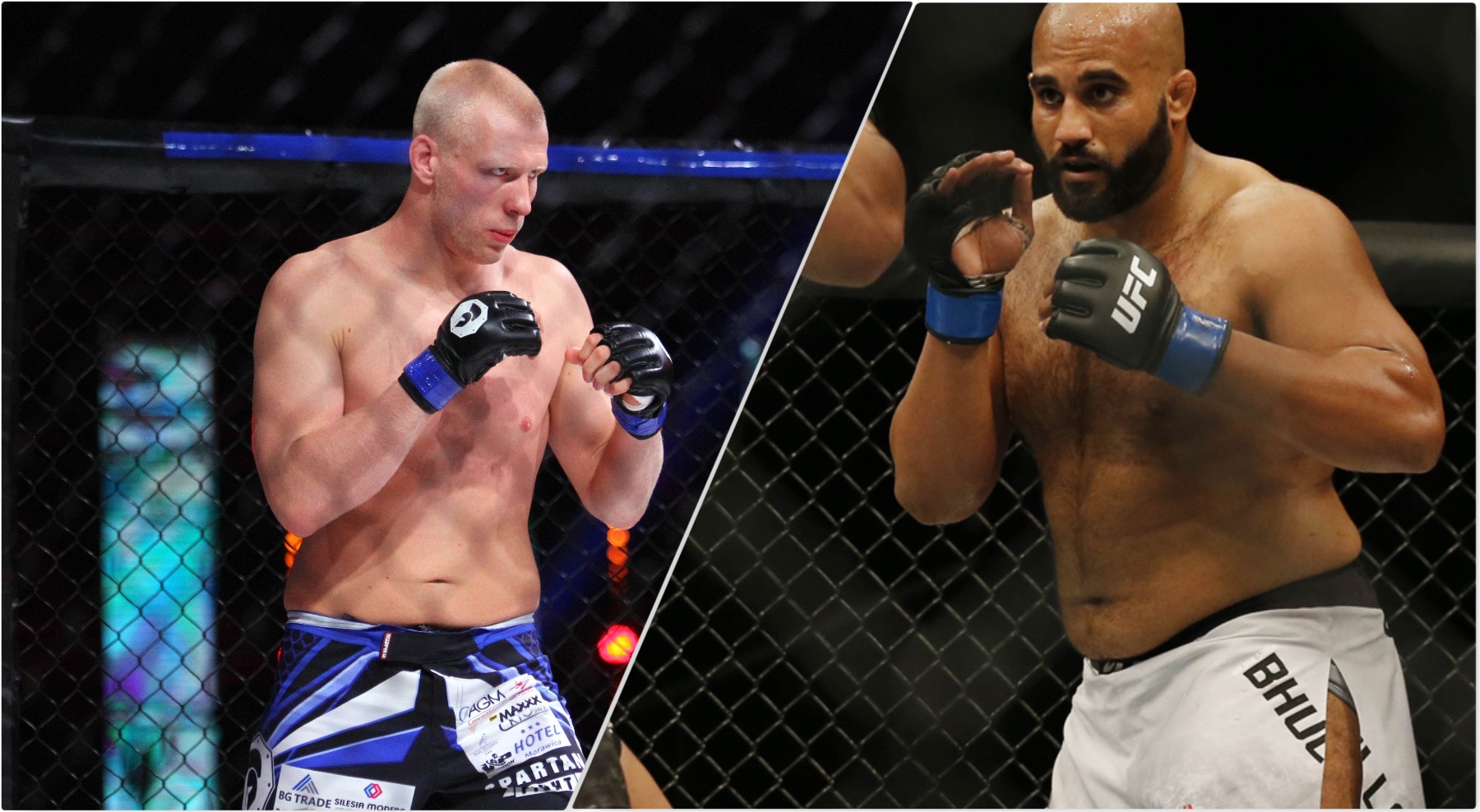 The undefeated Indian heavyweight prospect Arjan Bhullar returns for his second octagon appearance against another new entrant Adam Wieczorek in the heavyweight division. Adam’s only career loss has been a unanimous decision against Marcyn Tybura back in 2011. Since then he’s on an eight-fight win streak. Adam’s 4-inch height advantage and heavy hands could put Arjan through a tough test. Arjan’s advantage lie in his crafty striking and movement. He’s a thinking fighter who waits patiently for his opponent to draw into his game plan. A win for Arjan could get him some note able names for his next fight.