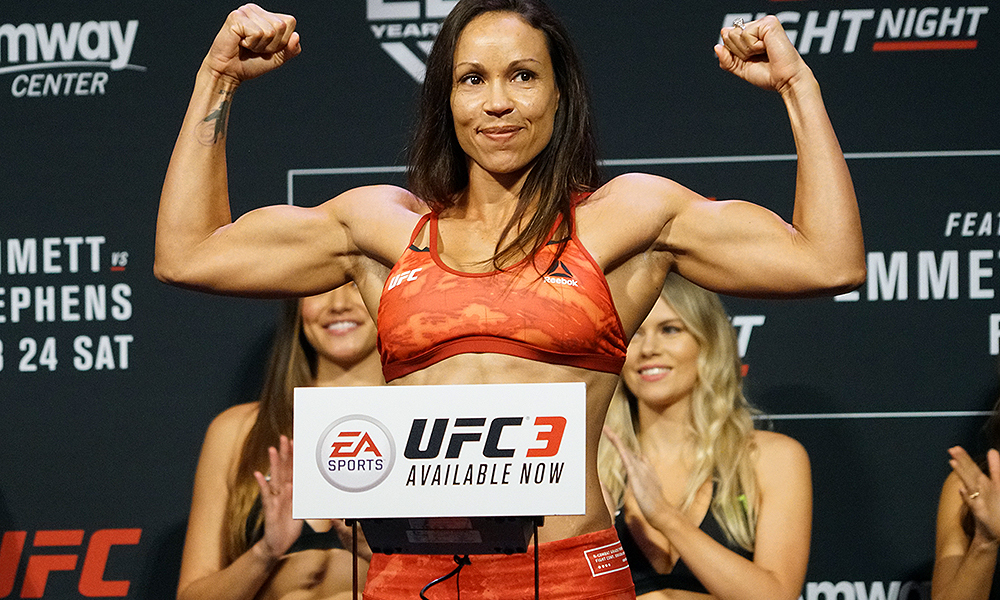 Age was definitely not a factor for Marion in her fight against Sara McMann. The fight played out exactly the way her previous fight went down. From the opening round, Sara McMann was in charge of the fight as landed punches and took down Marion with easy. In the second, the action is again controlled by Sara. She tries for a single leg take down by Marion gets the position for a triangle choke. McMann gets trepped in the choke as she eats more elbows from Marion. Sara tries to roll out but the squeeze is too tight and gives up.