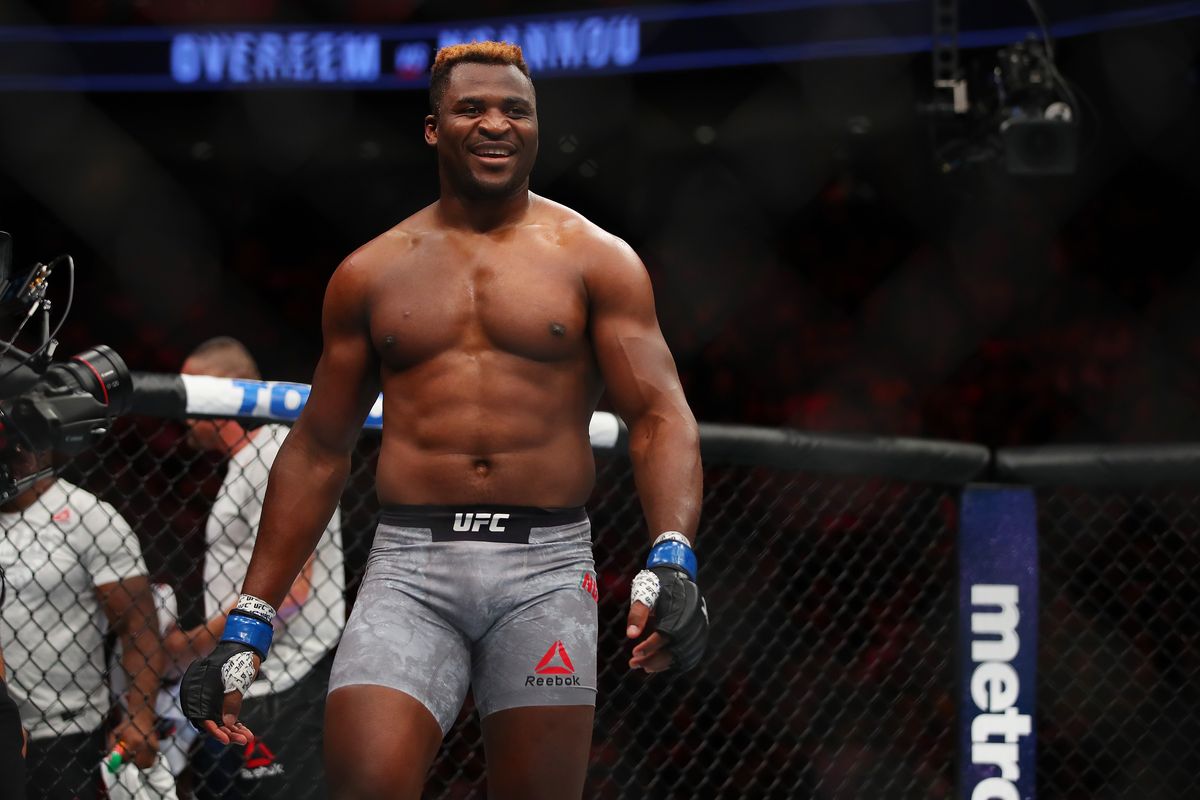 Francis Ngannou might be coming off his first career loss, but the Heavyweight star is bound to get the best competition that he can get for his next fight.

After calling out Derrick Lewis, Ngannou has now shifted his focus on to former Heavyweight champion and current WWE superstar Brock Lesnar. During an appearance on the MMA Hour, Ngannou revealed that he has been dreaming of the fight.

One of the reasons why Ngannou wants to face Lesnar is the huge challenge that Lesnar brings to the table.

“I like the fight. He look like — I don’t know if you ever seen this guy, he looks very, very big and strong. And I really want to try that. Listen, there are the three ones who want me and me, I want Brock,” Ngannou said.

While he has his preference, he is giving UFC the authority to pick his next opponent. Another name that Ngannou dropped is that of Mark Hunt.

“It’s up to what (the UFC) want to give me. There are a lot of people out there who want to fight me. I saw Mark Hunt, he would be a great one. By myself, I want Brock. Brock Lesnar.” He added.

A Potential fight with Anthony Joshua

Ngannou was also quizzed about the rumors regarding a potential crossover fight with Anthony Joshua. The 31-year-old said that he is open to such a fight and that Joshua is always welcome.

“I heard Anthony Joshua say he’s gonna fight in MMA and if he wants to face me and I was like, ‘Hey, you’re welcome, man. We gonna do it both sides, in the Octagon and inside the ring.” He concluded.

Previous articleUFC:Kevin Lee responds to Khabib Nurmagomedov’s claims of saying that,”He has a very small heart”.
Next articleWWE: Ronda Rousey opens up about her journey to the WWE in an emotional interview to WWE television