UFC: Game of Thrones’ ‘The Mountain’ wants rematch with Conor; intends to ‘SMASH’ him 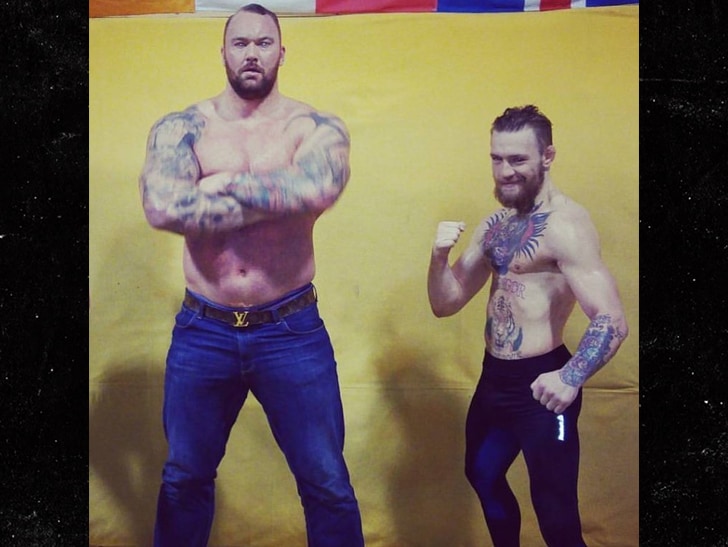 Conor Mcgregor has picked fights with anyone he has set his sights on – last month he got the better of Rapper ‘50 Cent‘ in a Instagram war. Now, another famous personality from the Hollywood world wants to put hands on Conor. 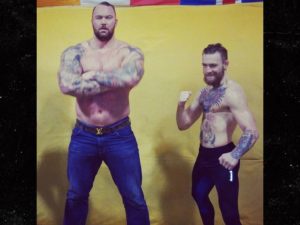 Hafþór Júlíus Björnsson or more famously the ‘The Mountain’ from the blockbuster series Game Of Thrones wants payback from a incident dating back to 2015.

The Mountain and Conor had a light sparring session 3 years ago, where seeming Conor won the exchanges and The Mountain was unable to catch the fast and slippery Conor Mcgregor. Conor went on to publish the video on his TheMacLife feed. It didn’t set well with the big man and wants his revenge now.

“Bring me some shorts and put us in a cage, I’ll fight again,” he told Off The Ball AM, adding that he could finish the Dublin-er in “10 seconds,” once he gets his hands on him.

“At this moment I knew I could take him down, but I didn’t want to break him.”

“He felt very light. There as well, I had him a few times. But I just didn’t want to break him,” Hafþór told while watching the clip of himself with the UFC fighter.

“He’s quick and he was very slippery as well so it was hard to get a grip on him… I was just, I wasn’t ready for this [fighting with McGregor] and I’m obviously a big guy. I was like, ‘Fuck this,’ I’m not going to run after this small guy! He’s running around, you know? I don’t have cardio for running around after small guys.”

It would be a modern day version of David vs Goliath or a real life version of Oberyn Martell vs The Mountain, if they ever find themselves in company again.