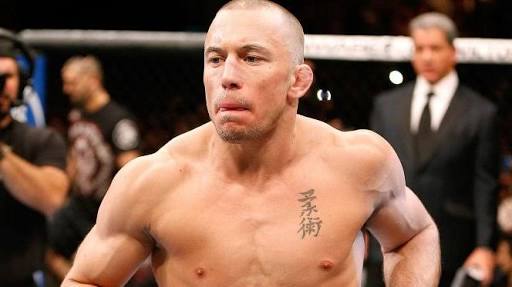 Former welterweight champion Georges St-Pierre made his much anticipated return after 4 years, to take on the champion of a higher weight class last year in November. Against the odds, St-Pierre defeated then middleweight champion Michael Bisping to become the fourth fighter in the history to hold belts in two weight classes.

With St-Pierre speculating another return, the fight which the MMA community demands is against the current welterweight king Tyron ‘The Chosen One’ Woodley. Woodley with four title defenses, also wishes to be in the contention for the greatest welterweight of all time.

However in a recent interview with Fansided, St-Pierre indicated the fans might have to wait for a little long mainly due to his stock and him dealing with ulcerative colitis.

“I have to choose carefully what is my next move. For at this point, I am with cementing my legacy it is not a straight line. I have to check what can I gain, what can I lose. That is why when I fought Michael Bisping it was a win/win situation from both sides. If I were to lose I lose but if I win, I win big so it was good. Fighting Tyron Woodley right now, now that he won his last fight it elevates his stock a little bit more but it’s still not a complete win/win situation for me.”

Previous articleTyron Woodley hopes Conor wins, so that he can smash him
Next articleUFC: Thiago Santos wants to fight Jimi Manuwa in December