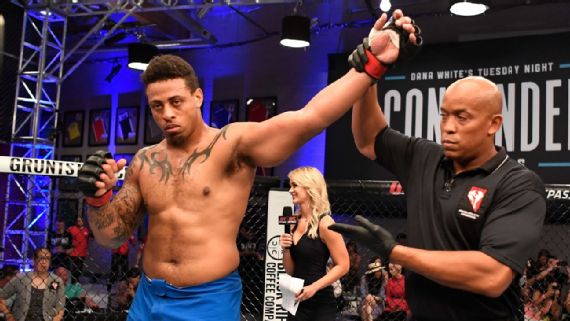 Former NFL player turned MMA fighter Greg Hardy suffered a knee injury in an arena football game Saturday night. In a report by ESPN, Hardy suffered a knee injury in the first quarter of his game with the Richmond Roughriders on Saturday night. He is expected to get the knee examined by doctor’s sometime this week to determine the severity of the injury.

Ex-NFL player Greg Hardy was awarded a contract with the UFC after scoring a first-round knockout in his professional MMA debut last week on Dana White’s Tuesday Night contender series where he scored a highlight-reel, 57-second knockout over fellow former NFL player Austen Lane. The event took place at The Ultimate Fighter Gym and streamed live on UFC Fight Pass. 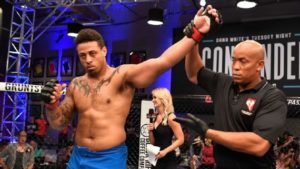 The injury will come as a bad news to the folks running the UFC as the former NFL star has the potential of being an MMA star and Greg Hardy isn’t sure if this injury will delay his next fight, which hasn’t been signed yet.

UFC received heavy criticism for signing Hardy as he was sentenced in 2014 by a North Carolina judge to 18 months’ probation, with a 60-day jail sentence suspended, after he was found guilty of assaulting a female and communicating threats. A member of the Carolina Panthers at the time, the 2013 Pro Bowler had been accused by an ex-girlfriend of using physical force against her after they had a night of drinking, and of putting his hands around her neck and threatening to kill her.