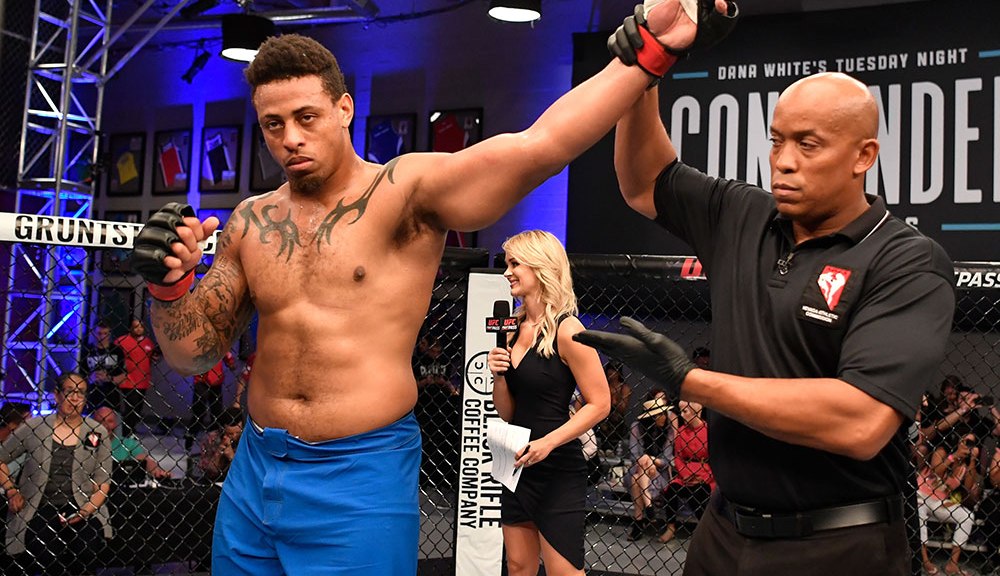 Greg Hardy is set to appear next month at Dana White’s Contender Series 16, which takes place Aug. 7 at The Ultimate Fighter Gym in Las Vegas. The event streams live on UFC Fight Pass. Hardy (1-0) will face Tebaris Gordon (3-0). Hardy, who began his amateur MMA career last year, fought in White’s contender series last month. He beat Austen Lane in what was considered his pro debut, making him 1-0. After his 57-second victory, Hardy was offered a developmental contract with the UFC. 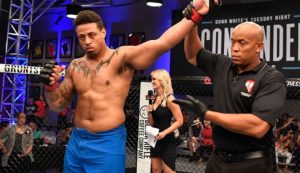 The former Carolina Panthers All-Pro defensive lineman has not played in the NFL since 2015. Teams no longer had interest in him after his slew of off-field issues, which including serious domestic violence allegations, as well as a cocaine arrest. Hardy, who’s steadfastly denied the domestic abuse charges, said he’s willing to work to rehabilitate his image, though he insists his detractors don’t have all the facts about his case.

Hardy is 4-0 including his three amateur fights.

Previous articleUFC: Chad Mendes says it’s the perfect time for him to comeback, after being away for two years
Next articleIndian BJJ News: Rajiv Khati wins bronze medal at ACBJJ World Championships in Moscow