UFC hall of famer BJ Penn accused of abuse by mother of his children; slapped with restraining order 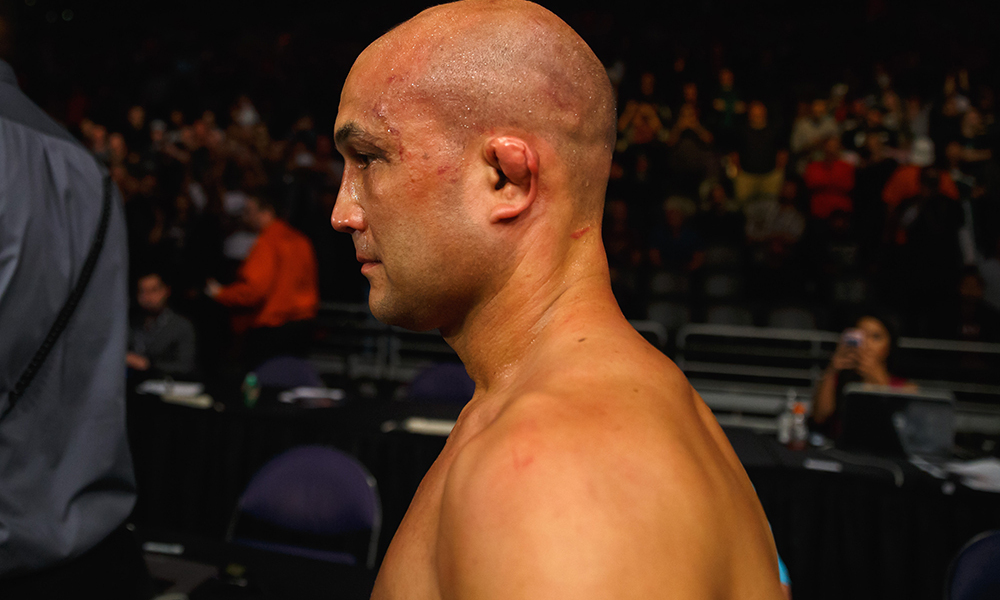 UFC Hall of Famer BJ Penn won his last fight inside the Octagon on November 20, 2010. However, of late, it’s not just his professional life that has been on the down side.

Penn’s alienated wife, Shealen Uaiwa, had slapped a restraining order on him last October. She had also filed a petition for an order of protection. She alleged that the UFC Hall of Famer had abused her over the course of their 10-year relationship. The restraining order was extended after a hearing in February.

According to a written statement attached to the protective order and obtained by MMA Junkie via a public records request. Uaiwa accused Penn of verbally abusing and menacing her in front of their two children and her mother, threatening to kill her family, and abusing her sexually.

Given Penn’s status and the influence wielded by him, her wife was didn’t report him to the police initially. “I feel fearful for my safety and my childrens (sic) life, and for the influence he has over my children,” she wrote.

Penn’s attorney, John Schmidtke Jr., called the records “incomplete information”. He added that he didn’t knew why the released documents which were supposed to be non-public.

Uaiwa filed the first restraining order on 9th Oct. 2018, two days after Penn threatened her and her mother when she went to pick up their children. By that time the two had already separated.

Penn, she wrote, “came up to the car threatening my mother that he will kick her dumb (expletive) ass out of her house, he was harashing (sic) me and my mother with verbal abuse, calling us (expletive), manipulators, stealers. I was trying to get out of the driveway and he was making it hard like he wanted to attack me and my mom through the window. My children witnessed this incident.”

During the altercation, she said Penn told her, “because your (sic) not a man you think you can’t get knocked the (expletive) out.”

The repercussions of Penn’s actions were clear on his children as well. According to his wife, their 11 year old daughter would “rather  jump off our balcony at our home than hang out with her father.” Most of Shealen’s allegations revolved around drug abuse. According to her, Penn has been a drug addict since age 14 and “uses his training camps to try and stay sober.”

“I woke up one night to him scared because he got cocaine on my oldest daughter,” she wrote. “He was freaking out and he wanted to commit suicide.”

Probably the biggest night of Penn’s career came with his introduction into the UFC Hall of Fame. However, if his wife is assumed to be true, even that night was one full of drugs for Penn. “Him and his friends did cocaine in the bathroom all night, while me and my children were in the room and his niece and aunty were in the living room,” she wrote.

Reports of sexual abuse, domestic violence, and restraining orders being handed out are becoming more and more common occurrences in the UFC. Tony Ferguson, Greg Hardy and Rachael Ostovich have already been in the news for the same reasons.

Previous articleA criminal charge sheet of Ali Abdelaziz emerges online listing out a number of his crimes
Next articleWatch: Dustin Poirier reveals that Eddie Alvarez was already contemplating retirement after their second fight!