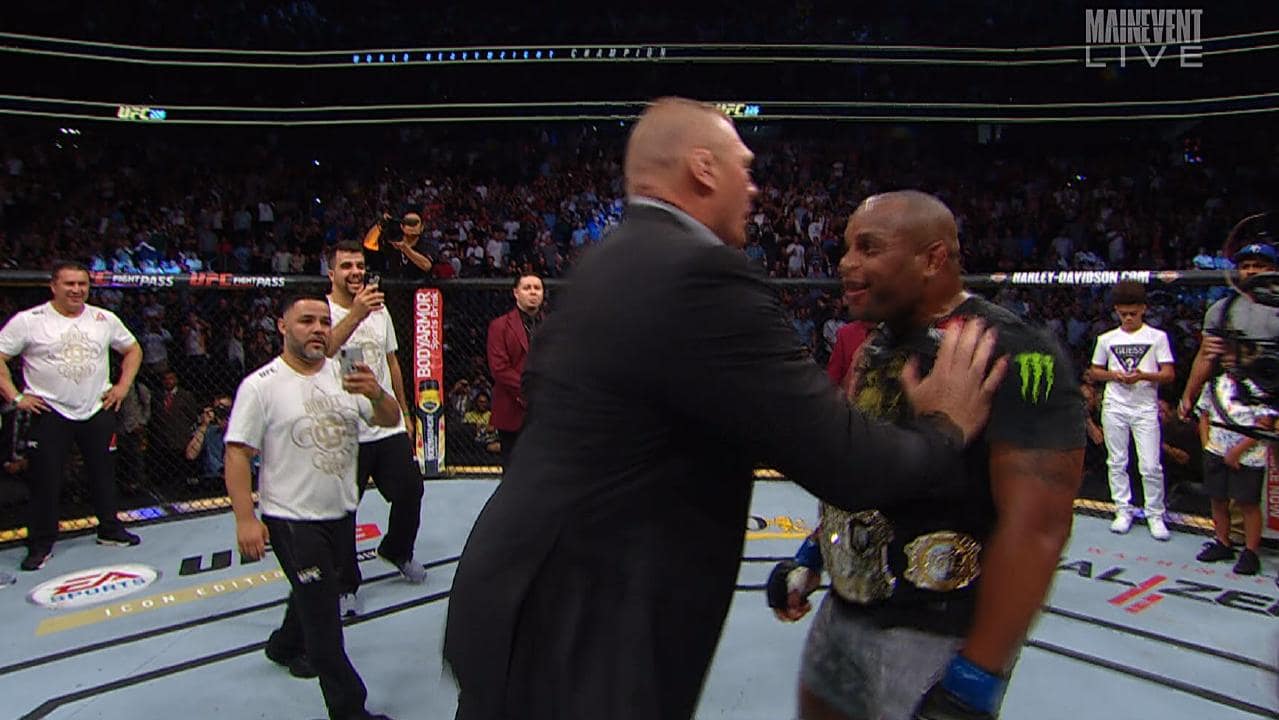 WrestleMania 35 may be over, but the trash talk is just starting as far as Daniel Cormier is concerned.  Brock Lesnar and Seth Rollins opened the main card of WrestleMania 35. The two of them fought each other in what was a harrowing encounter for Rollins, as Lesnar attacked him before the bell was even rung.

After throwing him all over the place and hitting with an F5 outside the ring, when the bell finally rang, it looked like a matter of moments before Lesnar picked up a victory once more and went back away to wherever he goes when he is not wrestling, with the Universal Championship.

Unfortunately for Lesnar, this would not be what happened. Rollins took advantage of the referee’s distraction and incapacitated Lesnar, following which he hit with three curb stomps – one after the other. The curb stomps were enough for Rollins to pin Lesnar, and after the pinfall, Rollins was the new Universal Champion.

Ha, Brock got beat up

Lesnar has long been talking about going to the UFC and even answer the challenge of Daniel Cormier at UFC 226, by entering the octagon and shoving the UFC Heavyweight Champion. Now, without the Universal Championship around his waist, he might actually be going to UFC pretty soon. Daniel Cormier has obviously noticed this and made fun of Lesnar’s loss at WrestleMania.

In a tweet, he said “Ha. Brock got beat up.” This is obviously the start of trash talk which might be leading to a future Heavyweight Championship match fight between Lesnar and Cormier. Only Dana White and Lesnar can confirm the details at this point.