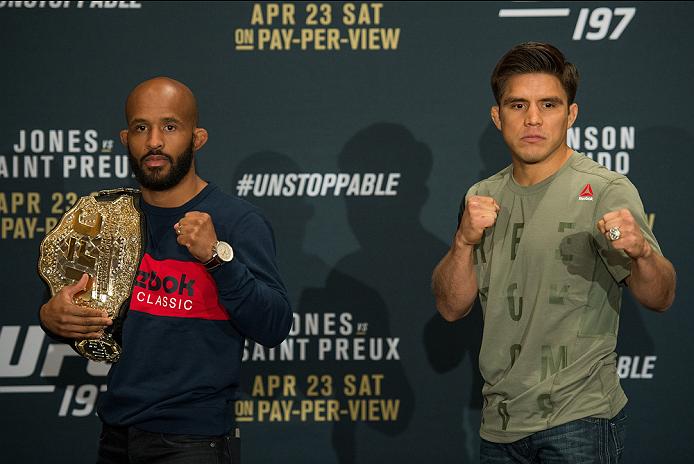 Henry Cejudo and Mighty Mouse are back at it again, it seems – but this time they have taken it to Twitter.

Cejudo and Demetrious Johnson first crossed paths back at UFC 197, where Johnson dismantled a very ‘green’ Cejudo. Cejudo, an Olympic Gold medalist, has since, improved his game substantially and has racked up impressive wins over Wilson Reis and Sergio Pettis.

Cejudo, now feels he is ready for another crack at UFC’s longest reigning champion of all time. He took to Twitter to garner some attention. 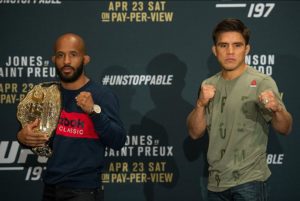 Henry Cejudo, unprovoked and out of the blue, started taking digs at Mighty Mouse’s inability to gather mainstream popularity.

Mighty Mouse, as laid back as always – shoved the insult off and gave a brutal reality check towards Cejudo.

I clocked all those hours in gaming and still worked you ass!

Cejudo, the competitor he is, would not back down.

When we fought, you fought a wrestler. You know and I know I’m going to knock your block off next time we fight. Get your shit together let’s do this. Finally people talking about you since I tweeted you. You’re welcome

Mighty Mouse again, took the high road and brushed off the insult.

Cejudo was left all alone on Twitter, to vet his frustrations.

I was being told DJ overplayed his hand, they asked him to fight in August he said no and now he’s trying to get on again because he knows he can’t sell his own PPV and want to make money off others. Fact. #makeyourownmoney https://t.co/QL65Ox9OUp

But is it fair for entire division to wait for him to try to jump on a PPV because he can’t sell his own? The best thing that will happen for this division is when I kill the mouse it’ll make him more relevant. https://t.co/t2EuZVdh9q

It is a toss-up as to who won the twitter bout, but Demetrious ‘Mighty Mouse‘ Johnson left no doubts when they last met face to face.

UFC: Dana White shoots down the possibility of a Demetrious Johnson vs TJ Dillashaw super fight