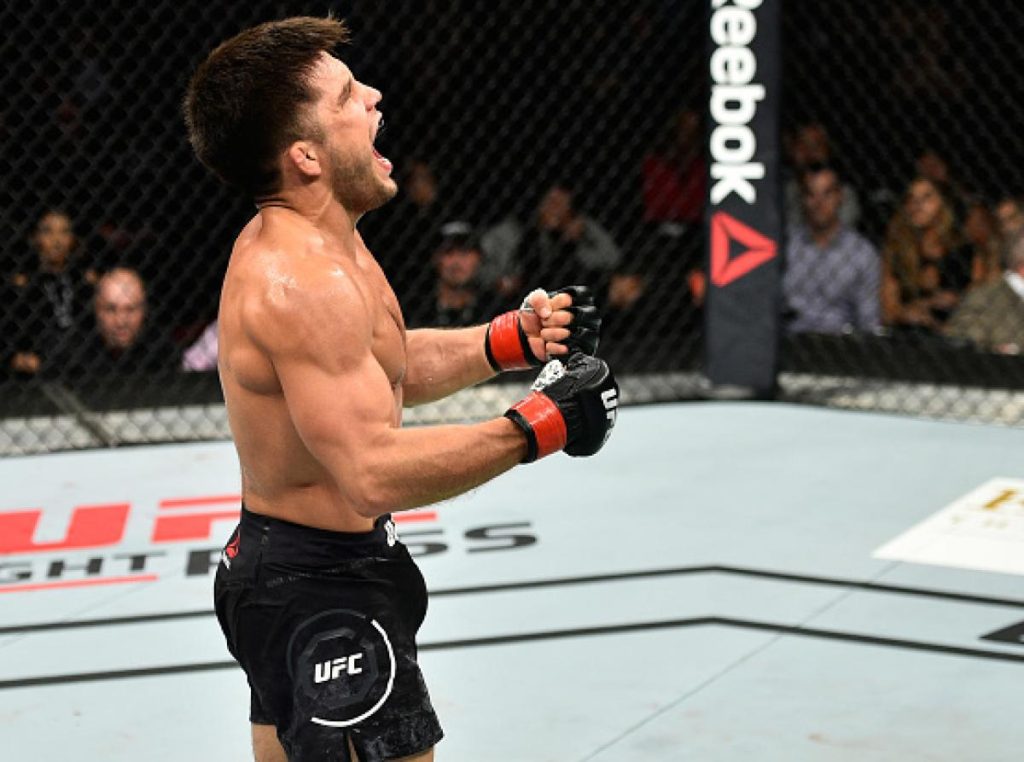 In the co-main event of UFC 227, challenger Henry ‘The Messenger’ Cejudo pulled out a huge upset defeating pound-for-pound #1 ranked and flyweight champion Demetrious ‘Mighty Mouse’ Johnson via split decision ending his 11 title defense streak and 6 year tenure as a champion.

Cejudo wasted no time in calling out for a fight against the main event winner which later happened to be Dillashaw for the UFC bantamweight title. However that’s not enough for the 2008 Beijing Olympics freestyle gold medalist. Cejudo told reporters at the post-fight press conference that his goal is to become a ‘triple champ’.

“If you guys watch my fight look at how muscular, how much bigger I am than Demetrious Johnson,” Cejudo said.  “I’m a tank, man. I can easily fill out at 135 pounds and feel good.