UFC: Holly Holm gives an update on her future and retirement rumors 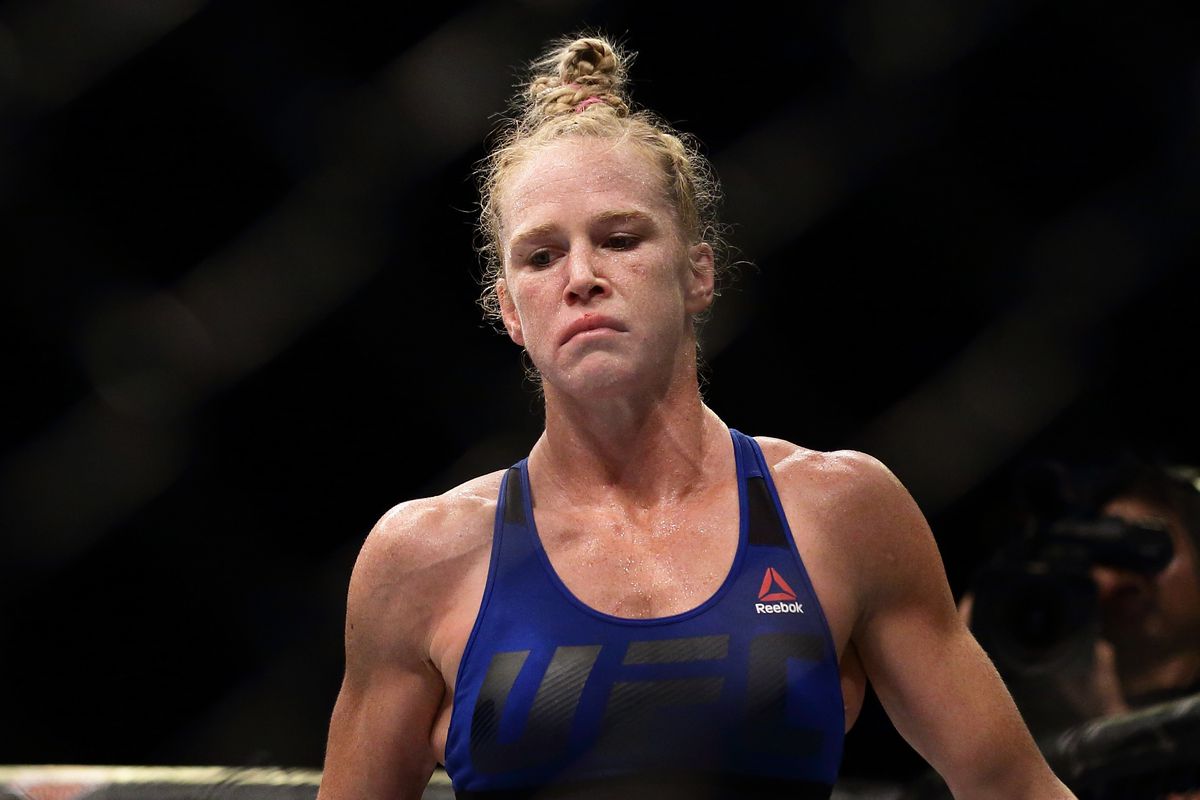 Former UFC Women’s Bantamweight champion Holly Holm is currently at crossroads of her career. She has lost four of her last five fights and is coming off a defeat against reigning UFC women’s Featherweight champion Cris Cyborg.

Out of the four fights that Cyborg lost, three of them were title fights as well. All these setbacks resulted in some rumors about a potential retirement of Holm, but the “Preacher’s Daughter” shot down the speculation and said that she is here to stay.

She revealed the same during her recent appearance on the MMA Hour and added that she has plenty more to give to MMA.

“A lot of people have been asking me, ‘You had four out of five losses, so you know, you are 36, are you going to retire now?’ I still want to fight, and that’s the bottom line. There are people who tell me I’m the only one who took her (Cyborg) that far, and others telling me to retire. I’m like, ‘Why would I want to retire when I just gave her the toughest fight?’ You know what I mean?” Holm said.

Holm then went on to remind everyone that she was fighting above her weight class.

“And in a weight class that’s a heavier weight class that I usually fight in, against the biggest person. I was still the one to give her the toughest fight, so I don’t really understand the retirement questions. Maybe it’s just because of the four of five has gone. I don’t see it that way. I am still competitive and have the capability and I still want to do it.” she added.

Currently ranked number 1 in the 135-pound division, Holm said that she is open to fighting in both the Bantamweight and Featherweight weight classes going forward.