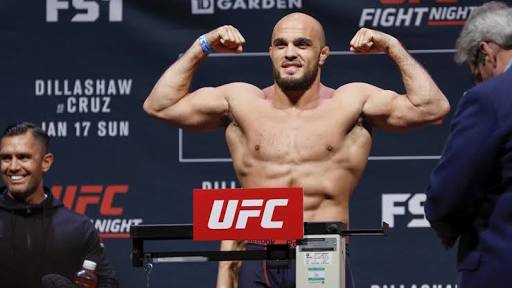 UFC 232 is shaping to be one hell of a card. The card got its co-main event few months back as a superfight between women’s featherweight champ Cris Cyborg and bantamweight champ Amanda Nunes. Last week, the card got its main event as former light heavyweight champion Jon Jones will make his much anticipated debut in a rematch against Alexander Gustafsson. With the addition of this #10 light heavyweight battle, the card looks extremely stacked from top to bottom. (via Twitter):

Both Latifi and Anderson are on a two-fight winning streak. However Latifi believes he deserves a title shot by handing Tyson Pedro his first loss and by finishing a surging Ovince Saint Preux in the first loss. A win over Anderson would certainly cement his spot as a title challenger.

Anderson on the hand, got things back on track with a victory over Patrick Cummins and a lopsided victory over former title challenger Glover Teixeira. A win over Latifi would be another stepping stone towards the title shot.

Previous articleTwitter reacts to Eddie Alvarez signing with ONE Championship
Next articleUFC: Brad Scott given two-year USADA ban after testing positive for cocaine