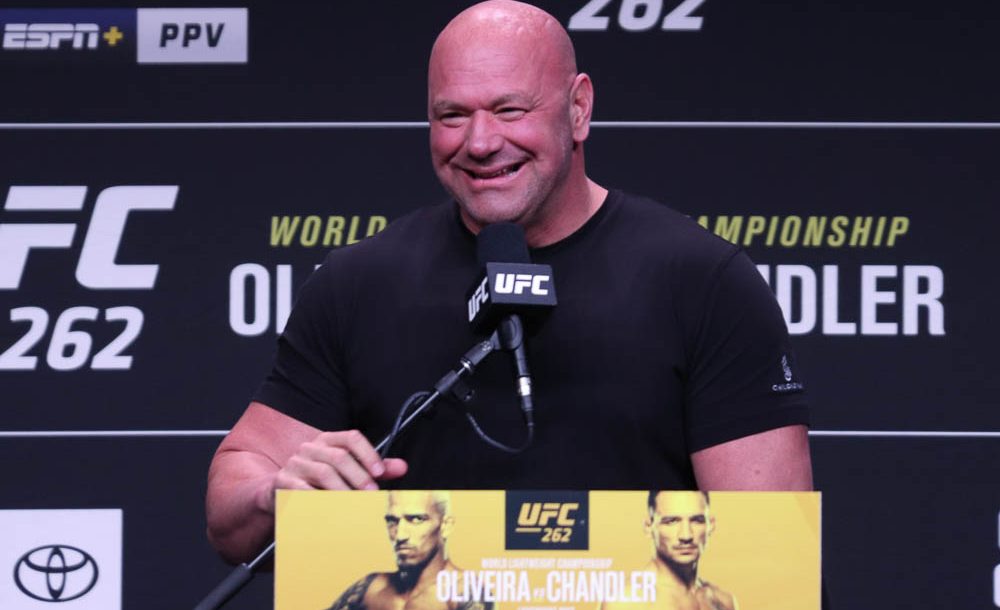 UFC 262 takes place Saturday at Toyota Center. The main card streams on ESPN+ pay-per-view after prelims on ESPN/ESPN+. The event is headlined by Michael Chandler and Charles Oliveira fighting for the vacant lightweight championship after former champion Khabib Nurmagomedov retired and vacated the title. In the co-main event, the ‘Boogeyman’ of the division Tony Ferguson is taking on Beneil Dariush in a grappler’s delight match-up.

During the UFC 262 pre-fight press conference, Tony Ferguson suggested to Dana White that since they are in Texas they should get a raise in their bonuses. Ferguson fought at UFC 166 in October 2013, a card that also took place at Toyota Center in Houston. During that card, White had also increased the bonuses to $60,000 and Tony Ferguson won submission of the night with a D’Arce choke against Mike Rio and got that bonus.

“(Last time when I fought in Houston), we were here for the performance-bonus meeting,” Ferguson said to White at Thursday’s pre-fight news conference. “(Travis Browne) said, ‘You know, everything is bigger in Texas, Dana, right?’ Right, you remember that? He said, ‘How about a bigger bonus?’ So, I’m going to ask you, Dana. Since we are here, like last time, can we have a bigger bonus this time?”

All the fighters and Fans cheered on that demand and showed their support for this idea. Dana White considering this request has decided to increase the bonuses by 50% only for this event. The UFC 262 bonuses are raised from the usual $50,000 to $75,000, promotion officials confirmed to the media on Friday.

The raise comes one month after a small bump in guaranteed payments from the new official apparel sponsor, Venum. As all fighters are guaranteed an additional $500 while defending champions got an extra $2,000.

The fighters to win “Performance of the Night” and “Fight of the Night” bonuses will get $75,000. This is a great opportunity for all fighters to win some extra money but for that, they’ll have to put on some amazing performances this Saturday night. All the fighters fighting at UFC 262 will be thankful to Tony Ferguson who put the idea out in front of Dana White.