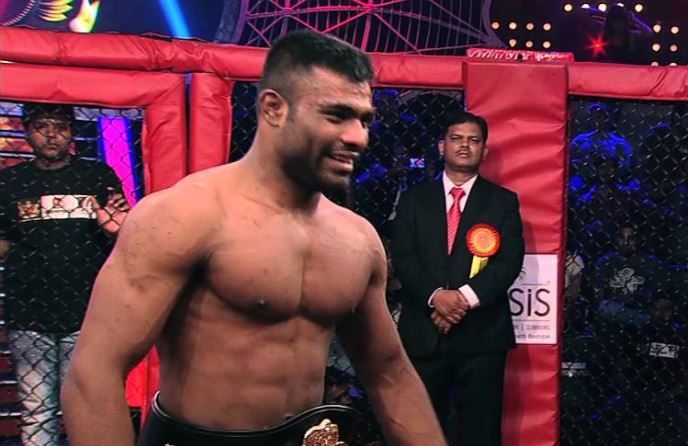 Bharat Khandare created history when he officially became the first Indian fighter to ever compete in the world’s premier MMA promotion, the UFC. Khandare lost his debut fight inside the octagon and there has been a lot of speculation that he might have been cut from the UFC roster. However, there are some rumours that Khandare might soon make his return to the octagon. By closely examining his social media activity, it can be argued that Khandare has himself been dropping some sly hints about his UFC return. 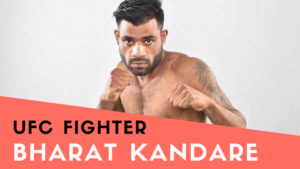 ‘Daring’ Khandare has a MMA record of 5-3 and he became the first Indian fighter to ever compete in the UFC back in November last year. Khandare who is a natural bantamweight was forced to compete at featherweight in his UFC debut against Song Yadong. He was looking sharp and showed a relatively impressive striking game. However, he was pressured and got dropped by a big, powerful punch from Yadong and then ended up losing the fight via submission due to a guillotine choke. Khandare has particularly shown a chunk in his armour when it comes to defending submissions. The Indian mixed martial artist has lost all three of his fights via submissions.

Bharat Khandare has been posting a lot of hardcore training videos on his social media accounts. He has been training a lot and has been focusing on his all-round development. He has always been a great striker but has also been focusing on his grappling and submission skills a lot more. There also hasn’t been any official word about the termination of his UFC contract. Thus, it’s be safe to assume that he hasn’t yet been released by the UFC. Thus, it is a possibility that we might get to watch Bharat fight in the octagon again.

Khandare represents a huge Indian market that the UFC have been trying to appease. Thus, he might actually be preparing for his UFC return.