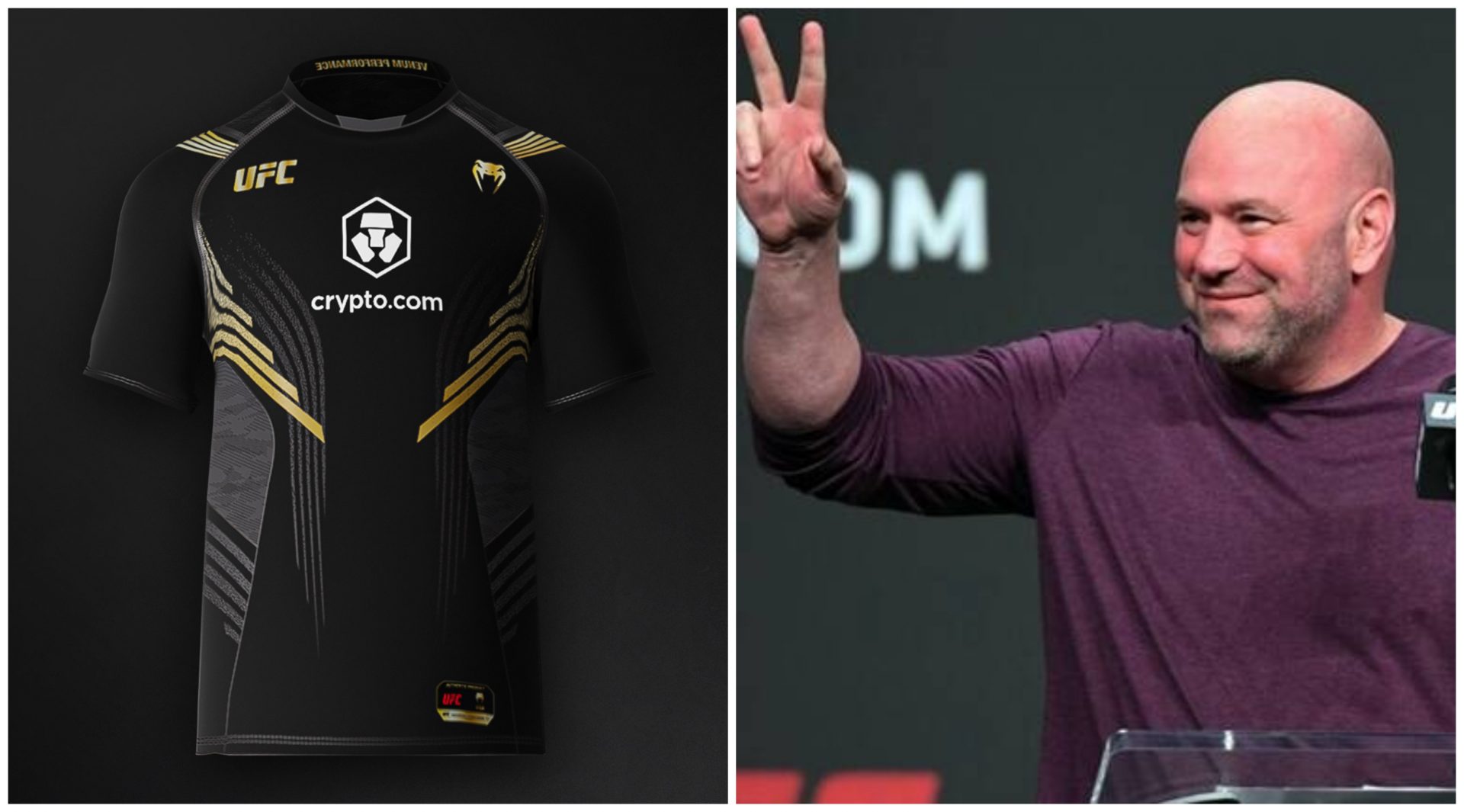 UFC, the global mixed martial arts top drawer has made a historic move by striking a sponsorship deal with Cryptocurrency exchange Crypto.com as its first official fight kit partner as well as cryptocurrency partner.

The deal, reported by Sportico to be a 10-year, deal in the region of $175 million, is UFC’s largest sponsorship deal of all time. The new branded kits will be made public this Sunday at the much anticipated UFC 264: Poirier vs. McGregor 3 and from then and there, will appear in the uniform of each and every fighter stepping inside the Octagon.

Alongside the kit sponsorship, they have also become the UFC’s first of its kind official cryptocurrency platform partner, which is set to create a new sponsorship category for Dana White’s company.

“This is a partnership between two companies that are the best at what they do,” said the President, “no company has done more to grow the popularity of combat sports than UFC, and now we’re one of the biggest sports brands on the planet. We can help Crypto.com reach more people around the world through the strength of our brand.”

Crypto.com is currently the fastest growing crypto platform in the world. At present, it has more than 10 million users across 30 countries and lets its users buy and sell cryptocurrencies.

Back in late June, Crypto.com also struck a historic and unprecedented deal with Formula 1, landing a $100 million deal as the official sponsor for its upcoming Sprint race series and also will announce a new award for the drivers.

“If we had talked a couple of years ago, crypto might not have been on the radar, but it’s sort of a sign of the times,” UFC COO Lawrence Epstein said in an official statement, “It’s new, but it’s moving quickly, and it’s very dynamic.”

“In general, that consumer is younger, and based upon the data that we’ve seen, that consumer also has a fair amount of discretionary income. It’s an attractive group to try to get interested in your product,” added Epstein, while refusing to comment on the terms of the sponsorship deal.

What do you think about UFC’s inaugural venture into cryptocurrency sponsorship? Let us know in the comments.