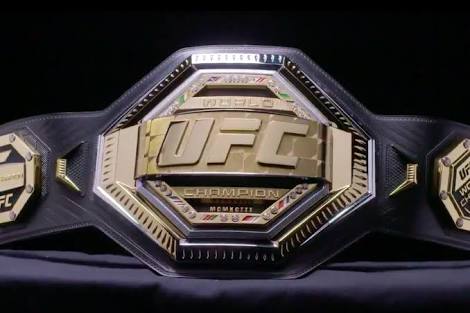 2019 will mark the beginning of a new era in the history of the UFC.

UFC will now be featured on mainstream stage as a part of a new deal with ESPN. A new era, definitely needs a new belt. 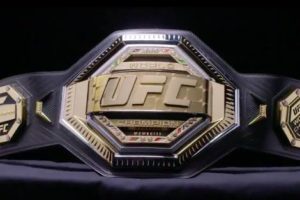 After recently teasing the announcement of a new title, the UFC took to Twitter to officially introduce the new UFC Legacy Championship Belt. The belt will debut on the UFC’s first card of the year, this weekend on UFC on ESPN +1 card in Brooklyn. The Legacy belt will be handed over to the winner of the flyweight title bout between flyweight champ Henry Cejudo and bantamweight king T.J. Dillashaw. (via Twitter):

This one's for Legacy.

The video features a number of beloved UFC champions including Conor McGregor, Georges St-Pierre, Ronda Rousey, Chuck Liddell, Anderson Silva, Brock Lesnar, Daniel Cormier and Jon Jones. At the end, the new Legacy title can be seen. It replaces the original UFC title which has been in use since 2001.

“As we go into this next generation with ESPN, it was time for us to change up the belt,” UFC president Dana White said on Get Up. “These guys are fighting for the first brand-new championship belt.”

See a breakdown of the new hardware below:

Check out the new editions to the UFC Legacy Belt 👀 pic.twitter.com/2pSDoMpaiv

Per UFC.com, each belt “is uniquely customized for each individual champion by the athlete’s country, weight class and number of title defenses.” Red stones will be added to the side plates to mark successful title defenses, which means the days of simply piling up new belts are over.

UFC: Joe Benavidez feels that TJ Dillashaw’s friendship has been compromised – he does’t ‘act’ like a friend

Previous articleTJ Dillashaw’s weight is on point; plans to be the first to weigh in
Next articleUFC: UFC releases ‘old school feel’ poster for Ngannou vs Velasquez
- Advertisement -