UFC: Israel Adesanya reveals the text message that got him into the UFC 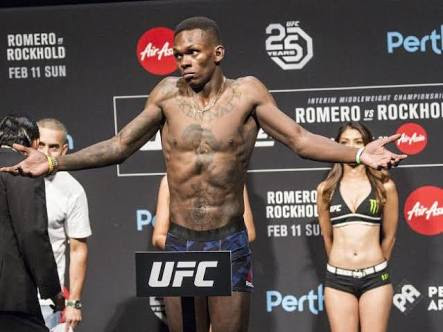 Undefeated middleweight Israel ‘The Last Stylebender’ Adesanya is making waves in the UFC middleweight division as he prepares for the most important bout of his career against #6 ranked staple Derek Brunson at UFC 230 in November.

Today September 4, marks the fifth year since Adesanya left his 9-5 job to focus whole heartedly on MMA. A sport like MMA does require hundred percent commitment. Adesanya reflects back at the message he sent Dana White about giving him an opportunity to compete inside the octagon. Adesanya was just 2-0 in MMA back then but had an illustrious career in kickboxing. However as time passed by, Adesanya piled up a record of 11-0, all being knockouts which made his UFC signing inevitable. (via Twitter):

Adesanya made his UFC debut against Rob Wilkinson at UFC 221 back in February. Expectedly, he won the bout via TKO in the second round. He then took on Italian prospect Marvin Vettori at Fight Night Glendale in April. Vettori did gave some adversity to Adesanya by breaking his KO streak however Adesanya managed to edge him via split decision. Adesanya later took on veteran Brad Tavares at TUF 27 Finale in July. This was Adesanya’s first shot against a ranked opponent however he managed an effortless unanimous decision victory.