UFC: Israel Adesanya runs through the finishing sequence in the Derek Brunson fight 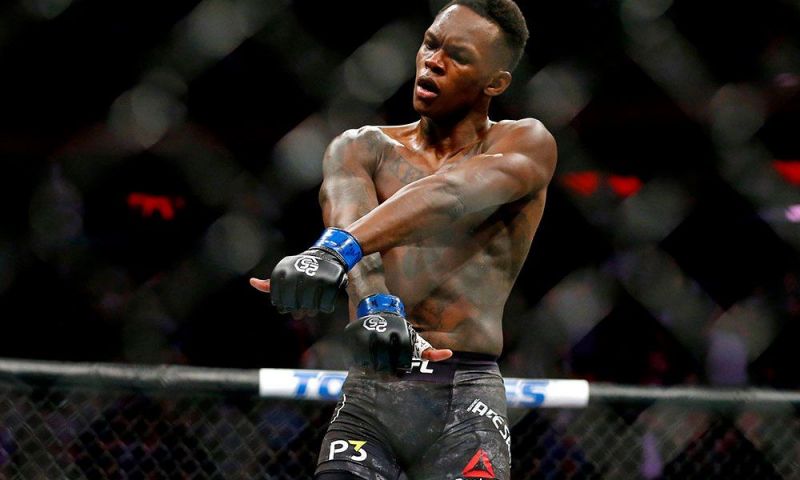 Undefeated middleweight prospect Israel ‘The Last Stylebender’ Adesanya got an opportunity at jerkin the curtains for one of the most iconic cards in the history of the sport in UFC 230 at Madison Square Garden in November.

Adesanya however had a tuff assignment in former highschool wrestler and top 10 ranked Derek Brunson. Brunson was thought to be the perfect litmus test for Adesanya as his wrestling pedigree could nullify the elite kickboxing of Adesanya. Brunson did register few takedowns before running into a perfectly timed knee by Adesanya as he extended his undefeated streak.

In a recent interview, Adesanya reflected back at his UFC 230 heroics. (via Twitter):

"I'll show you something."

🇳🇬🇳🇿 @Stylebender breaks down #UFC230, 🏆 Whittaker, and his matchup with "The GOAT" at #UFC234 ➡️ https://t.co/2NrB00UVHX pic.twitter.com/PkAM4ZcnJe

Adesanya caught Brunson with a knee while he was shooting in. Cool as a cucumber Adesanya landed a left, right and uppercut combo before dropping Brunson with another knee. As Brunson got up to his feet, Adesanya decided to go for the kill. Switching to orthodox stance, Adesanya landed his trademark left question mark kick followed by a sniper like right hand and left hook to close the show.

The victory has earned Adesanya a booking against the consensus greatest of all time Anderson ‘The Spider’ Silva in what is said to be a title eliminator at UFC 234 in February. In his words, Adesanya won’t be looking to ‘throw hope’ but ‘aim fire’ to earn himself a title shot.