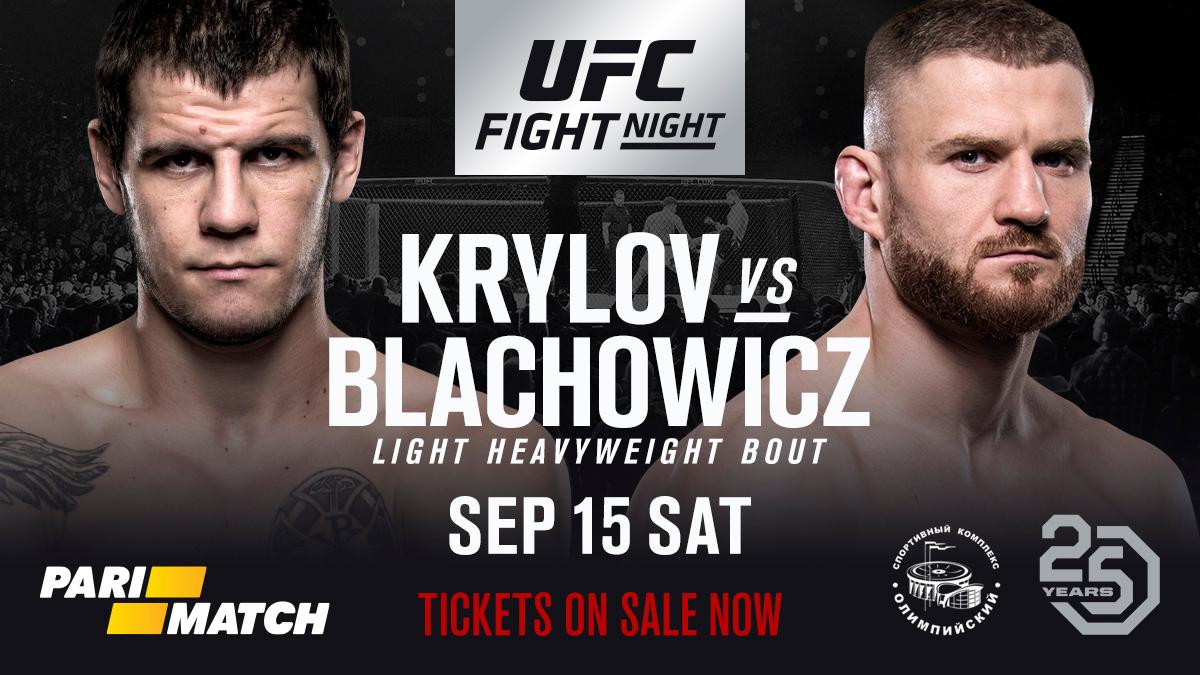 The UFC has confirmed that one of the most exciting light heavyweight prospects in MMA today, Nikita Krylov, will be returning to the octagon at the promotion’s upcoming debut event in Moscow where he will face Jan Blachowicz. 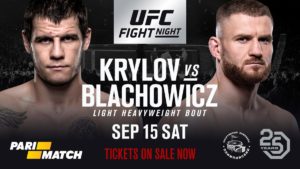 Blachowicz (22-7-0) is coming off a win over Jimi Manuwa in their back-and-forth rematch at UFC London back in March. In his next most recent fights, Blachowicz defeated Jared Cannonier by decision and Devin Clark by submission. His last loss occurred in April of 2017 when he was defeated by Patrick Cummins. He’s 22-7 overall.

Krylov, a 26-year-old Ukrainian fighter, and former heavyweight is back in UFC after he parted ways with the promotion back in 2016 after suffering a submission loss to Misha Chirkonov. In his last fight, Nikita Krylov knocked out UFC veteran Fabio Maldonado to win Fight Nights Global promotion light heavyweight title.