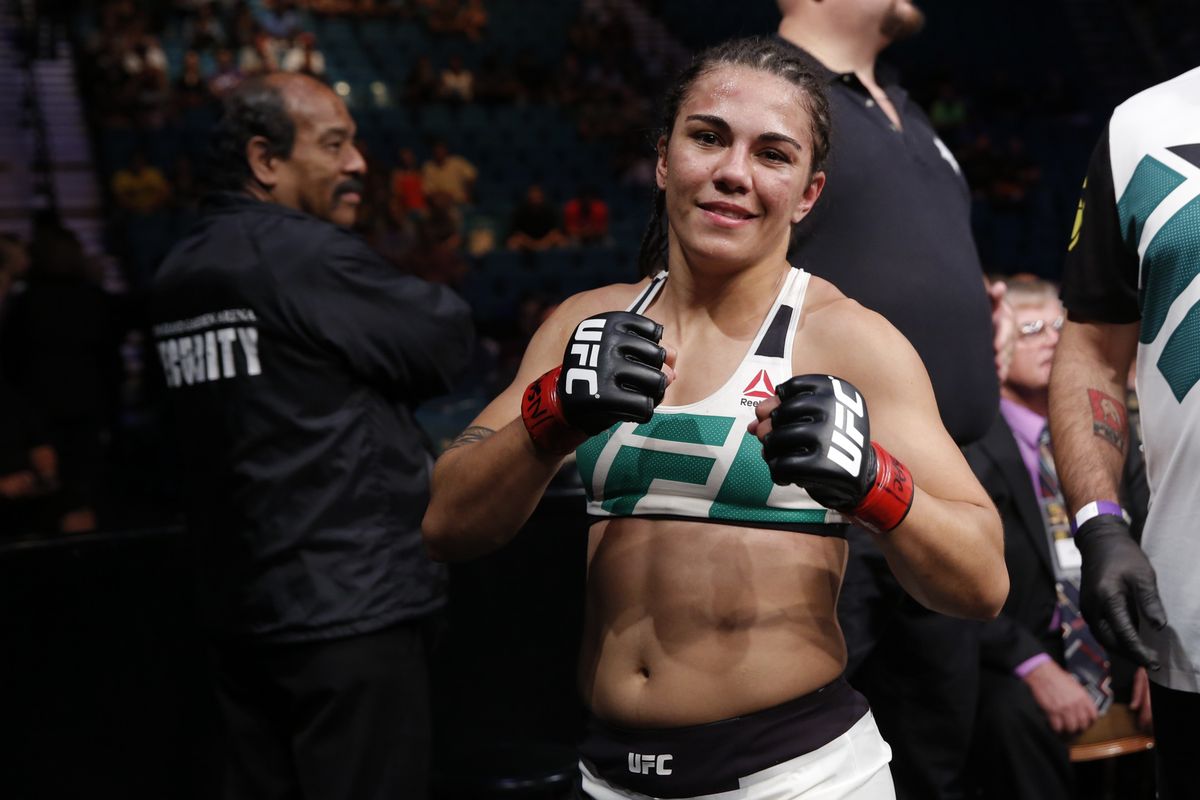 Jessica Andrade is on a two-fight winning streak against Claudia Gadhela and Tecia Torres and she defeated both of them via unanimous decision and she will be looking forward in extending her winning streak in hope of securing a title fight against UFC Strawweight champion Rose Namajunas.

Speaking with Brazilian reporters during a UFC media day Tuesday in Rio de Janeiro, Andrade complained about lack of sponsors interested in investing in Mixed Martial Arts in Brazil and also revealed that she sells her UFC gear to be able to pay ends meet. 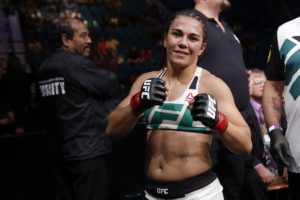 ”I’m going to my 14th fight in the UFC and it’s really difficult to get sponsors, to get people who want to help you financially,” Andrade said. “Sometimes we have to sell UFC clothes, backpack, gloves, stuff like that, to make some extra money to finish a camp. It’s quite difficult, but we go on.”

”I think it would be great if we had a bigger incentive from the government and the city in sports,” she continued. “Not only in fighting, but it lacks a lot for all sports. It would be great if we had this support from people, from businessman, to say ‘we will help.’ Even if it’s only with 500 reais ($120), because 500 reais make a huge difference by the end of the month [laughs].”

I have nothing to complain with the UFC because I get paid really well in the UFC,” Andrade said. “I think you’re paid according to your work, and I think that’s really cool. That’s why I want to be fighting all the time, to show that I’m the best, that I’m evolving, because the more you show, the more you get paid.”

”I’m expecting an improvement, but it’s getting better,” Andrade said. “One day I will be able to invest in some other thing and won’t have this problem of having to fight only to get paid.”

”It’s difficult, but we get by the way we can, right?” Andrade said. “I usually am a strong person and I don’t show anything to others even if I’m going through some difficulties, not even for my master (Gilliard Parana). I get by, Fernanda and I, my mother-in-law. Sometimes we bake a cake and sell, we get by the way we can. It’s sad that we have to sell our training gear, things we get in fights that are a good memory of what we had there, but we’ll get new stuff later [laughs]. I have so many of these white hoodies with my name on that no problem selling one, right? [laughs].”

”We have to go through difficulties to grow,” she continued. “Even though the UFC is millionaire, trillionaire, we have to live our reality. Unfortunately, the UFC makes all that, we don’t. But I’m happy with my job, happy with my salary. I never imagined I would be making as much as I make. My master usually says in training, ‘Jessica made a million reais ($241,765) last year. I look at him and say ‘you liar, I didn’t make that much, it was a bit less’ [laughs], but it’s about knowing how to invest. When I learn to invest in something that brings a result, everything will be alright and I won’t go through many difficulties.”

UFC: Donald Cerrone says he is no longer welcomed at Jackson-Wink MMA