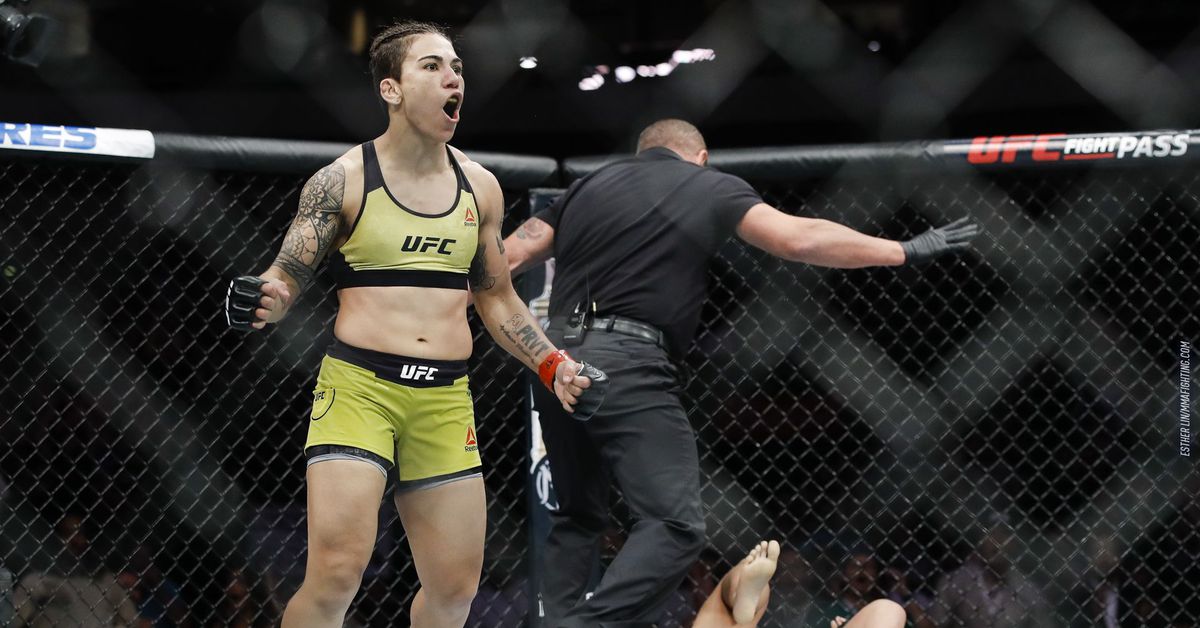 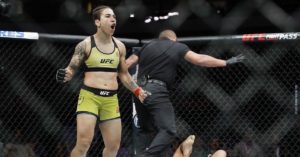 With the dominant victory, Andrade took home Performance of the Night honors and wants to fight Rose Namajunas by the end of the year for the UFC strawweight title.

Rose is very versatile, but so am I,” Andrade said through a translator at the UFC 228 Post-Fight Press Conference. “And I think my strength might be a big advantage when push comes to shove. Technique-wise, she’s very good. She does everything quite proper. But sometimes, you just gotta rough it up. And I know that nobody can rough it up better than me. There’s no girl in this division that is as strong as I am, and I know for sure that’s gonna make a difference.”

“I’m gonna do whatever I have to do,” Andrade said. “This time around, I’ll have three months to prepare if we get the fight in December. I’m gonna have a full, proper camp. And it’s gonna be a new Jessica: more evolved, better, just like I was in this fight compared to the last one.”

She said she wants to fight on UFC 232 card headlined by Cris Cyborg and Amanda Nunes:

“We do have two Brazilian belt-holders fighting each other on December 29th (UFC 232),” said Andrade. It happens that both are women, so it would be really good if I could get my title fight there…have the possibility of ending the year with three Brazilian champions in the three women’s divisions.”

Previous articleKamaru Usman wants to ‘put his hands through’ Colby Covington’s face
Next articleUFC: Georges St-Pierre rubbishes rumors of him dropping to Lightweight