UFC: Jimi Manuwa says that he is just a couple of fights away from a title shot 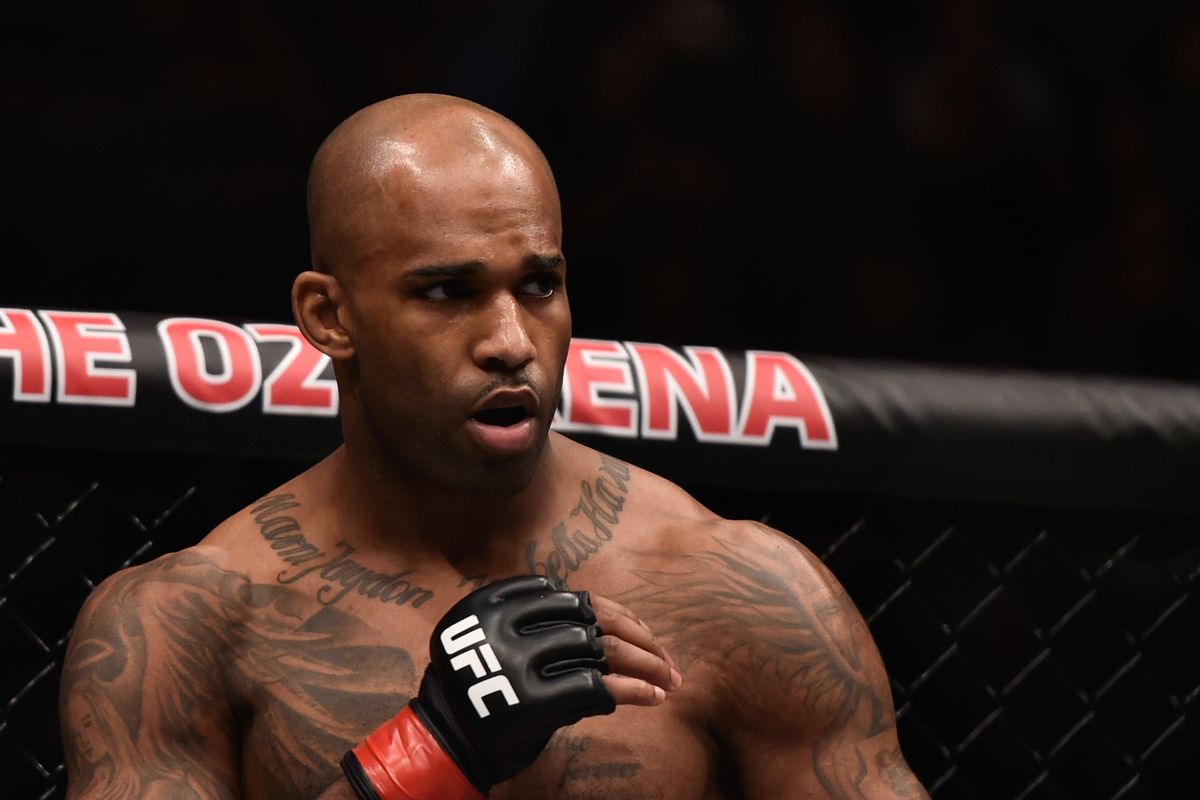 Jimi Manuwa is keeping his hopes high ahead of UFC London. The Light Heavyweight fighter will be going up against Jan Blachowicz this weekend and he feels that he is just a couple of wins away from a title shot.

After securing two impressive wins against Corey Anderson and Ovince St.Preux, Manuwa suffered a 42-second KO loss against Volkan Oezdemir at UFC 214. Despite the loss, he is confident about a strong return to the cage.

“I think, realistically, I need at least one more big win, if not two. I think people want to see the rematch with Volkan (Oezdemir) or me with someone like Glover (Teixeira). But who knows. After this fight with Blachowicz I’m definitely in the mix for it,” Manuwa told to UFC.com.

Cormier busy with the Heavyweight division

A win against Blachowicz could indeed get Manuwa a No.1 contender’s fight considering the lack of depth in the division. But at the same time, Daniel Cormier is currently busy with his move to the Heavyweight division.

Cormier has a date with UFC Heavyweight champion Stipe Miocic at UFC 226 in July and it would be interesting to see where Cormier goes from there.

As for Manuwa, he is currently 17-3 in his career with his losses coming against Alexander Gustafsson, Anthony Johnson, and Volkan Oezdemir.

Previous articleUFC: Ronda Rousey reveals the difference between working under Dana White and Vince McMahon
Next articleUFC: Fabricio Werdum is the best Heavyweight in the UFC according to Alexander Volkov