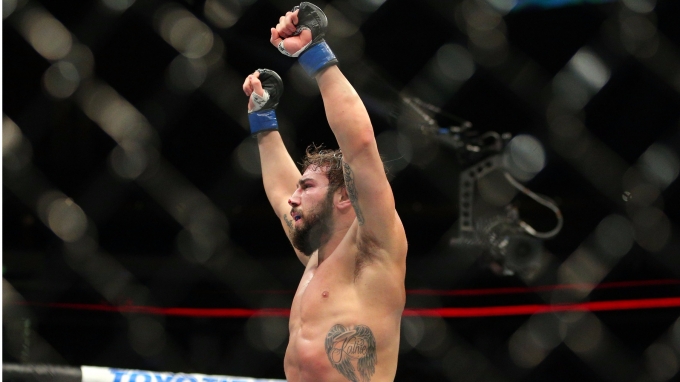 Jimmie Rivera will make his return to the Octagon this June when he faces Marlon Moraes in the main event of UFC Fight Night 131.

Rivera and Moraes almost fought each other back in December when Rivera was left without an opponent for UFC 219 after two scheduled opponents pulled out. However, the fight did not materialize and UFC was able to rebook the contest for the fight night in June.

Two months away from the showdown, Rivera feels that it’s the right move for both parties.

“You always want to fight the best person who is going to get you closer to the belt. That was the reason behind why I picked Marlon. It’s a main-event fight, so it’s a very good career move for both of us. This was the main option. I figured this was going to be the best move for a No. 1 contender fight.” He said during an interview with MMA Junkie.

One step away from the title shot

Rivera is ranked fifth in the Bantamweight ranking and he feels that the current landscape of the division will help him get a title shot at the earliest.

“In a way it’s kind of better for me. Cruz is still out hurt and I don’t feel like they push (Raphael) Assuncao a lot. He’s kind of quiet, and he’s been hurt, too, supposedly. So, I think it really comes down to putting on a good show, getting a good win and then I’m definitely No. 1 contender for the best. No questions asked.” He added.

While concluding the interview, Rivera also reminded everyone that he is undefeated in the UFC.

“I go in there and beat Marlon and it’s six fights in a row that I’ve won (in the UFC). There’s no question or doubt that I deserve a title shot,” he said.

The 29-year-old Rivera holds a professional record of 21-1 and has not tasted defeat since 2008.