UFC: Joanna Jedrzejczyk believes that the UFC 223 fight is bigger than her career 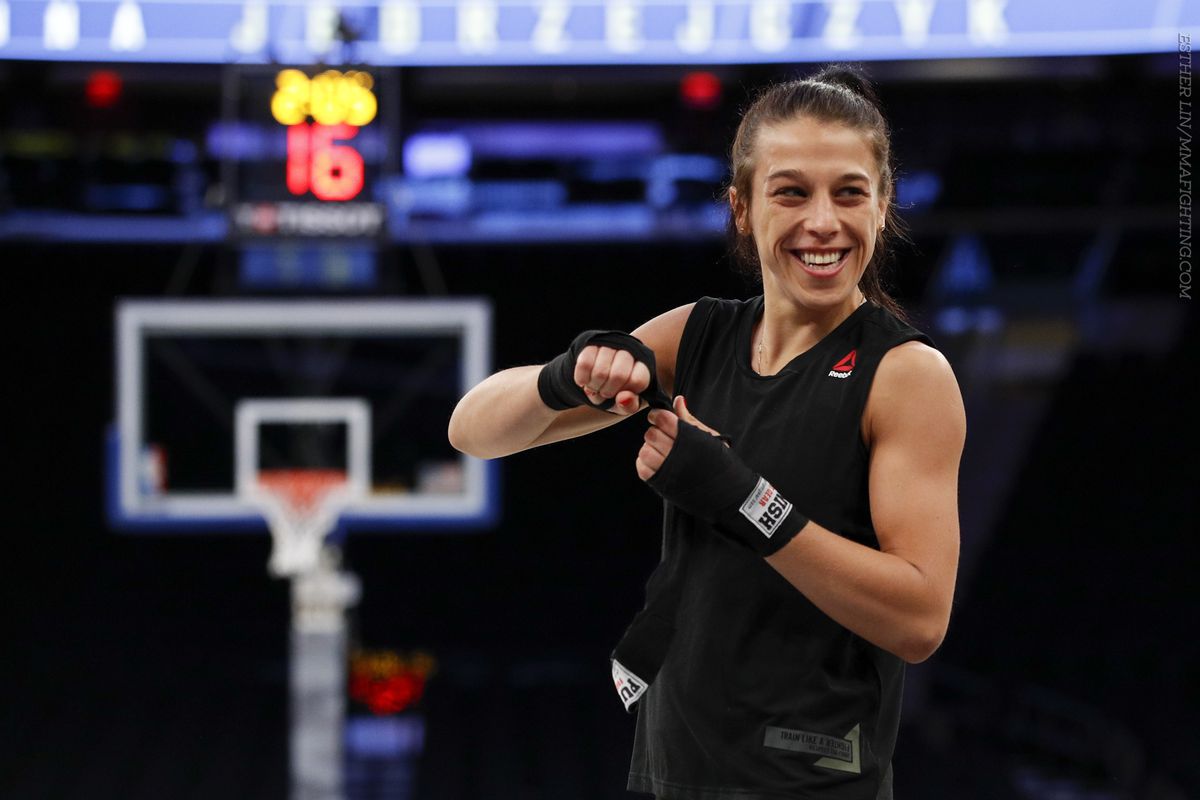 Joanna Jedrzejczyk will have a chance to reclaim the UFC Women’s Strawweight championship when she faces Rose Namajunas at UFC 223. Namajunas won the title from Joanna back at UFC 217 through a first-round TKO stoppage and the upcoming rematch with Joanna at UFC 223 will mark her first title defence.

The rivalry was one of the most talked about ones ahead of UFC 217 and it is expected to be a similar story for UFC 223. Ahead of the fight, Joanna was interviewed by Flocombat and during the interview, the former champion revealed that the fight is bigger than her whole career.

I’m the owner of the belt

Before being stopped by Namajunas, Joanna was on a 14-fight winning streak and was also undefeated in her professional MMA career. She also defended the title on five occasions. In the interview, she further added that winning the belt is her primary goal and to her, it doesn’t matter who she fights for it.

“It was important to get the title shot, but if Rose was going to fight in February or March and she was facing someone else [and lost] as long as I could go for the title. I want to get what belongs to me. I don’t want to just rematch her. I want the title. It doesn’t matter who keeps the belt. I’m the owner of this belt and I’ve owned this belt for two years and nine months.” She added.

UFC 223 takes place on April 7, 2018, and the pay-per-view will be headlined by a Lightweight championship fight between Khabib Nurmagomedov and interim champion Tony Ferguson.