UFC 223: Joanna Jedrzejczyk has already made weight for UFC 223 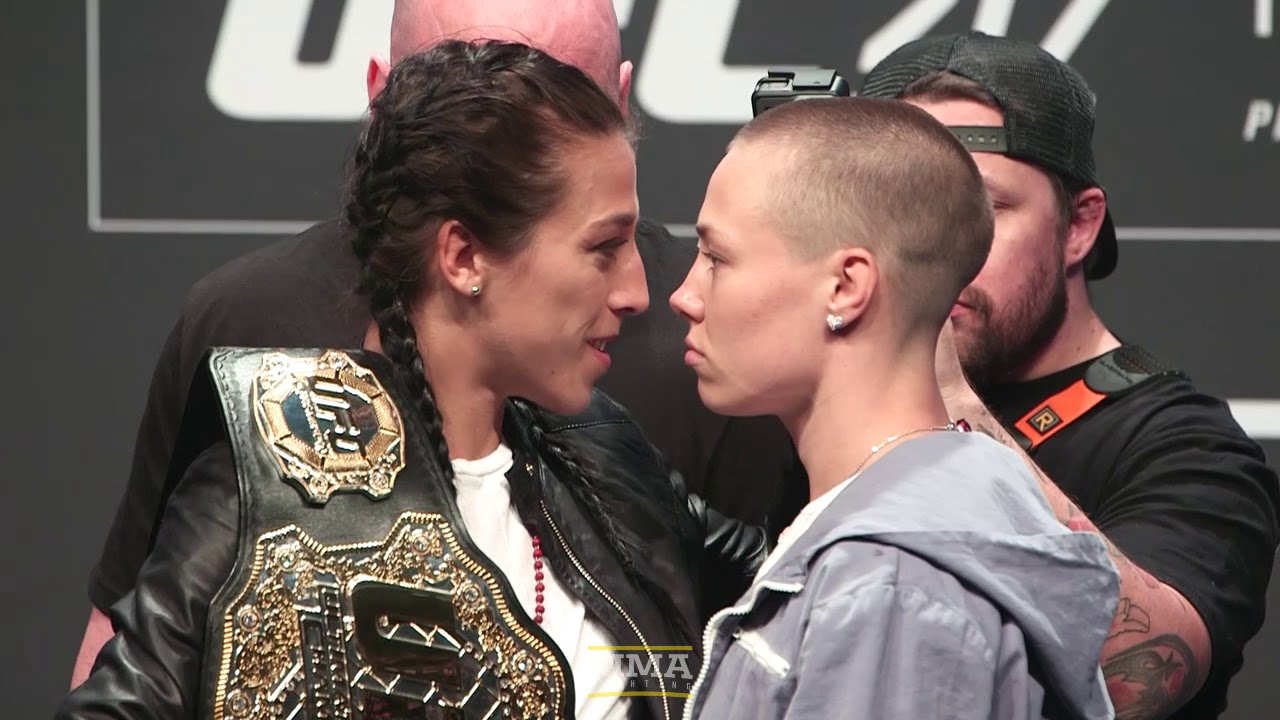 MMA and combat sports are often considered to be the most unpredictable sports in the world. It’s believed that anything can happen anytime during combat sports. Hence, there have been plenty of upsets in the combat sports world. In boxing there have been upsets such as Randy Turpin beating the great Sugar Ray Leonard, to a light weighted Manny Pacquiao defeating Oscar De La Hoya. While in MMA probably the biggest upset was Matt Serra defeating Georges St-Pierre and in recent times the seemingly invincible Ronda Rousey losing her title to Holly Holm and similarly a seemingly invincible Joanna Jedrzejczyk losing the belt to Rose Namajunas. The entire MMA world watched in shock and awe as the young strawweight Namajunas knocked-out the tough and scary champion, Jedrzejczyk. Joanna’s loss was blamed on a poor weight-cut and she has now revealed that she has already made weight for the rematch.

The build-up to their fight at UFC 217 was quite nasty, fiery and had a lot of bad blood. Many believed that the champion was a bit too arrogant and underestimated and even bullied her opponent, Namajunas. ‘Thug Rose’ was silent for most of the build-up and instead replied in the octagon by knocking-out Jedrzejczyk in the very first round. Joanna had later fired her nutritionist, putting all the blame on him for the poor weight-cut

A Polish website, Onet Sport, recently conducted an interview with the former champion. She revealed that she had already made weight and is also looking forward to moving to flyweight in the future. Here’s what she had to say:

I know what the problem was coming in to the November fight which affected the result. I want to correct this as soon as possible and win back the championship title.

Now I weigh only a kilo more than during fight week, I believe that there will be no problem with the weight cut preparation, and before the fight I will feel 100% ready both physically and psychologically.

We’ll see, I can stay in the strawweight category, but on the other hand I am an ambitious athlete, and the flyweight belt is certainly within my reach. However, I am not going so far into the future before I fight Rose. I am going to regain the title that belonged to me for almost three years.