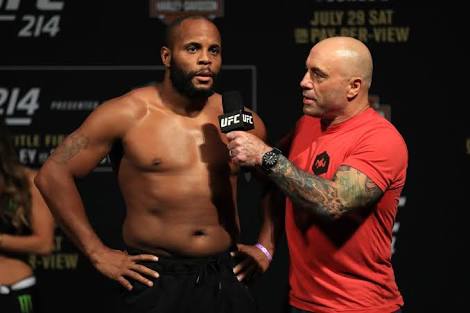 The historic UFC 230 card live from the iconic Madison Square Garden in New York is a wrap. Needless to say, it witnessed history as double champ Daniel Cormier became the only fighter to successfully defend both of his belts as he dominated #2 ranked Derrick ‘The Black Beast’ Lewis via second round submission.

Earlier at year at UFC 226, Cormier became the fifth fighter to win belts in different weight classes and only the second fighter to hold them simultaneously. Just a year ago, Cormier hit rock bottom after his second loss to arch rival Jon Jones which was later overturned as Jones was tested positive for a banned substance named Turinabol. To see Cormier rise up from that situation was indeed inspirational for people associated with the MMA community including long time commentator Joe Rogan.

Don’t be jealous because I got a kiss from the champ champ! Congrats, my brother on another awesome win! @dc_mma

Cormier seems to have taken a page from Yoel Romero’s book who has a habit of kissing his opponents, saying ‘I love you’ to them after defeating them.