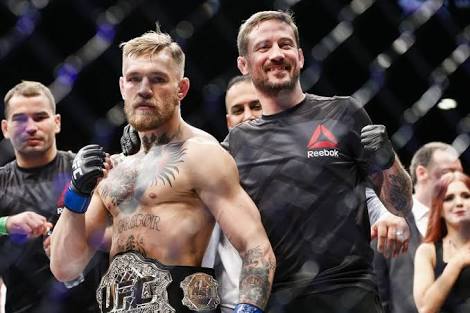 According to reports made,the UFC are looking at making their first trip back to the Irish capital since 2015 and if the reports are to be believed, the card could take place as early as this coming May.

May 27 is the date being thrown around.The last time UFC visited Dublin was at UFC Fight Night 46 on July 19,2014.

UFC Dublin has been ranked amongst the greatest UFC events of all-time.The event had a total gate of whooping 1.4 million USD.The Conor McGregor phenomenon was still in its early days but regardless of that, everything from the electric atmosphere to the results on the night proved that the Irish MMA scene was truly reaching an all-time peak.

Future UFC Two Weight class Champion Conor McGregor, Gunnar Nelson,Former Cage Warriors Welterweight Champion and Cage Contender Cathal Pendred, Neil Seery, Norman Parke and Paddy Holohan all managed to take home wins, making it a clean sweep for the home fighters and though the future two-weight world champ in the main-event received the bulk of the attention abroad, the Irish sporting media were positively ecstatic by the performances that were given by the home-grown talent.

John Kavanagh however suggested an action packed main event for a probable card (via Twitter):

If UFC were coming to Dublin late May 😉😉😉 how would you the fans feel about a Gunni v Till main event?

John Kavanagh is a well renowned MMA coach in Ireland.His students include UFC Lightweight Champion Connor McGregor,Gunnar Nelson and many more.Kavanagh was named the MMA ‘Coach of the Year’ in 2017.

Kavanagh’s call for native Gunnar Nelson vs English MMA sensation Darren Till would be a fight fans would love to see.

In March,2017,Kavanagh called for Gunnar vs Wonderboy after Gunnar’s submission victory over Alan Jouban and claimed,”How about this summer we find out this summer who the real karate kid is?”.However Nelson was slated to fight Santiago Ponzinibbio and suffered a controversial TKO loss.

Till on the other hand has been on a tear.Till last fought in December,2017 at Gdansk,Poland where he dismantled Two time Lightweight Contender Donald ‘Cowboy’ Cerrone via TKO in the first round with only 5 weeks notice.

Till also called out for the Wonderboy fight but Wonderboy’s father who is also his head coach denied the fight as he thinks it would be a bad fight for him.

After winning his fight against Cowboy,Till called out Fellow Welterweight Mike Perry who was at  attendance at that night and exchanged words with him.But Perry was booked to fight Ponzinibbio in Winnipeg where he lost the bout via unanimous decision.

With Welterweight Division filled with talent,it would be interesting to see the match ups in future.

Previous articleSuper Fight League: UP Nawabs gets a huge win over Gujarat Warriors
Next articleUFC News: UFC Flyweight Alex Perez gains weight, in time given to cut weight for UFC on Fox 28 weigh-ins