UFC: Jon Jones to Chuck Liddell – ‘Come get it’ 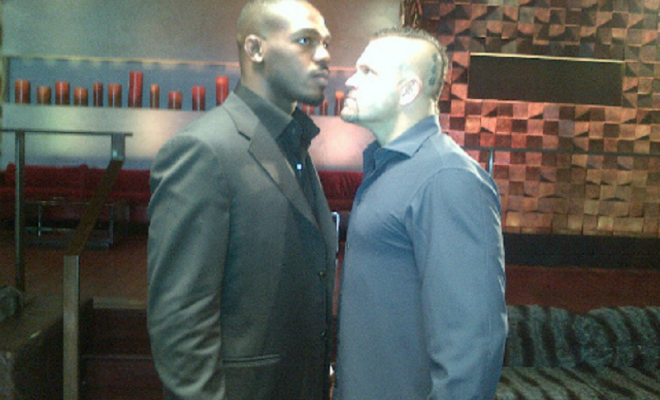 Chuck ‘The Iceman’ Liddell announced his entry back into mixed martial arts to Ariel Helwani on The MMA Hour yesterday. It is not certain, which promotion Liddell might get signed under, but he has a long list of opponents lining up to face him.

Chuck Liddell, one of UFC’s pioneers last competed at UFC 115, where he lost via KO, to former middleweight champion Rich Franklin. This was part of a 3-fight losing streak, all coming via KO.

Chuck Liddell announced on The MMA Hour – that he would like to make his return against long term rival, Tito Ortiz.

“I miss it. I never stopped missing it,” Liddell said.

“And I kinda hadn’t really thought about it much.

And then when he brought it up and we started getting going, and I started training and I started doing stuff again, getting ready to try to take this on, it made me go, ‘You know what, what if he pulls out? Am I not going to fight? Am I going to do all of this and not fight?’ Oh no, we had to have somebody backing up, and if it doesn’t work out with him,

I’m [still] going to give it a shot. It’ll be somebody else, one of the guys from my past probably, most likely, and we’ll see where I’m at.”

Chuck Liddell further went on to talk about his future plans and an eventual blockbuster showdown against Jon ‘Bones’ Jones. 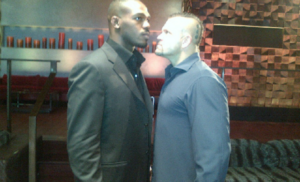 Jon Jones, who is currently waiting a hearing under USADA for his 2nd drug bust – seems to have a lot of time on his hands and was quick to fire back.

Old Chuck has been calling me out for years! I get it, I hold pretty much every record in the division. I normally try to respect my elders but if you want it come get it. Id literally fly you out to Albuquerque this weekend.

He went further and questioned The Iceman’s chin.

Whether a potential super-fight, between the 2 generational light-heavyweight greats ever gets sanctioned is a question mark, but it sure sets up possibilities of crossover fights.

UFC: Joanna Jedrzejczyk says that she will get another title shot if she defeats Tecia Torres

Previous article
UFC: Raquel Pennington opens up about UFC 224 controversy
Next article
UFC: Karolina Kowalkiewicz reveals whether or not she will sue Conor McGregor for the Brooklyn attack