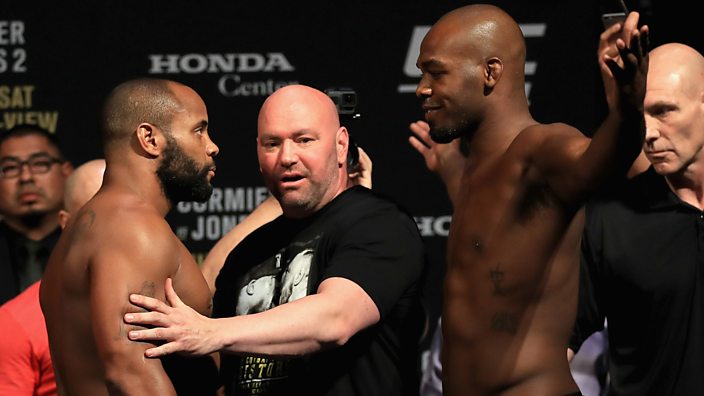 With Jones being allowed to resume his career from October 28, the UFC are obviously looking to match him up as soon as possible. With Daniel Cormier building his brand in the heavyweight division and is scheduled to take on former heavyweight champion Brock Lesnar, a trilogy fight between Jones and Cormier seems off the charts. A rematch between Alexander Gustafsson and Jones seems to be the frontrunner and hence UFC wants Cormier to relinquish his light heavyweight title.

Cormier took to Twitter to announcer it however only to receive a brutal reply from Jones. (via Twitter):

Bro you know in your heart it’s the right thing, the belt was never yours in the first place. You did a good job, you make a great babysitter. Daddy’s home now https://t.co/GeLvtNhXNC

Jones was tested positive for the steroid Turinabol in an in-competition drug test before his rematch against current double champ Daniel Cormier at UFC 214 last year. The infamous rivalry between Jones and Cormier will be forever remembered as the most intense rivalry in the history of the sport.

Jones who defeated Cormier via TKO in the third round, was stripped off the title and Cormier was named as the undisputed champ with immediate effect.