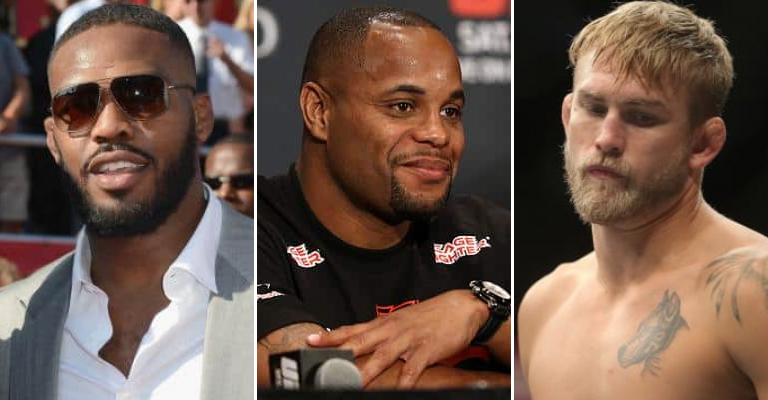 It’s no secret that Jon Jones and Daniel Cormier genuinely loathe each other, but there’s something both Jones and Daniel can agree on and get together on the same page, that is Alexander Gustaffson. As crazy as it’s sounds but Jones sided with Cormier on Twitter. 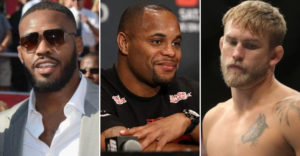 Alexander recently announced on Twitter that he has signed a new contract with UFC and took shots at current UFC Light Heavyweight Champion Daniel Cormier.

While others are talking about retirement, I just signed my new deal with the @ufc today. I am… https://t.co/Z4cQdzPLXv

This dig at Daniel Cormier didn’t go very well as he took to Twitter to respond to Gustaffson’s dig in which he reminded about defeating Gustaffson in a five round battle that took place at UFC 192 at Toyota Center in Houston Texas back in 2015.

Alex, what exactly have you accomplished in your career? I’ve earned the right to retire on top. Your greatest accomplishment is two close losses. Congrats on the new contract, now go fight. It’s been two years. Enough with the social media. #gofight https://t.co/Uf2LJ31ALE

The other loss which Cormier is talking about in the above tweet is to Jon Jones where Jones defeated Gustaffson in a unanimous decision in UFC 165 at Air Canada Center, Toronto back in 2013.

Jones and Cormier are fierce rivals but Jones sided with Cormier in the Twitter beef with Alexander Gustaffson and told him to stay in his lane.

I don’t even like DC and I enjoyed this. Too funny 😂 Alex bring all your tough guy shit to the championship rounds next time 🤙🏾 https://t.co/CSHLq7HlB2

Alexander also took a few shots at Jon Jones while he appeared at the Joe Rogan Podcast where he admitted that beating Jones would be more significant than winning a UFC world Light Heavyweight title
“It was really tough because everybody was saying, ‘You’re winning this fight.’ It was just right there at the goal line. I didn’t really pass that goal line at all,” Gustafsson said. “It was tough. It’s a really good experience for me. The fight is a highlight in my career, in my life, for sure.

“Winning over Jon Jones is bigger than taking the belt. The guy is such a beast…Look at what he did to Daniel Cormier.”
To this Jones fired back on Twitter saying :

@AlexTheMauler Beat me in three? Your hands were the only thing you had over me in our first fight. That gap is closing fast. Our first fight will be the greatest thing you’ve ever done inside of that octagon. You will never beat me, that’s my promise to you.

It will be interesting to see who Alexander fights next as Daniel Cormier has a fight lined up next at UFC 226 where he will challenge Stipe Miocic for the UFC World Heavyweight Title and Jon Jones is currently awaiting a ruling from USADA after being fined $205,000 and having his license revoked by the California State Athletic Commission for a failed drug test at UFC 214 last July. As a second-time offender, he could be facing a four-year suspension.
Also Read-

UFC: Daniel Cormier believes Khabib will not be defeated in his career