UFC: Jon Jones has a very simple message for everyone: Champion 2018! 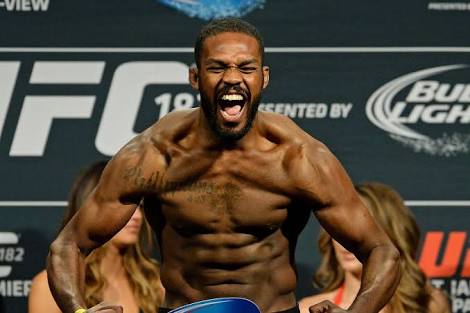 After a champion vs. champion super fight between Cris Cyborg and Amanda Nunes, finally, the cat is out of the bag as UFC 232 has it’s the main event, and it’s a barn burner.

Former UFC light heavyweight champion and former pound-for-pound #1 fighter, Jon ‘Bones’ Jones (22-1-1NC MMA, 16-1-1NC UFC) will make his much-anticipated return to take on former two-time title challenger Alexander ‘The Mauler’ Gustafsson (18-4 MMA, 10-4 UFC). The winner of the bout would be reportedly crowned as the undisputed light heavyweight champion as current double champ Daniel Cormier would be asked to vacate as he pursues his legacy at UFC’s heavyweight division.

Jones in a recent tweet, made it ultra clear as to what his intentions are coming back. (via Twitter):

Jones was tested positive for the steroid Turinabol in an in-competition drug test before his rematch against current double champ Daniel Cormier at UFC 214 last year. Jones who defeated Cormier via TKO in the third round, was stripped off the title and Cormier was named as the undisputed champ with immediate effect. Jones has been allowed to resume his career from October 28.

Previous articleJohn Kavanagh reveals he has no idea who Conor McGregor’s next opponent in the UFC is
Next articleScary looking bodybuilder in line for MMA debut. How long before he gasses out?