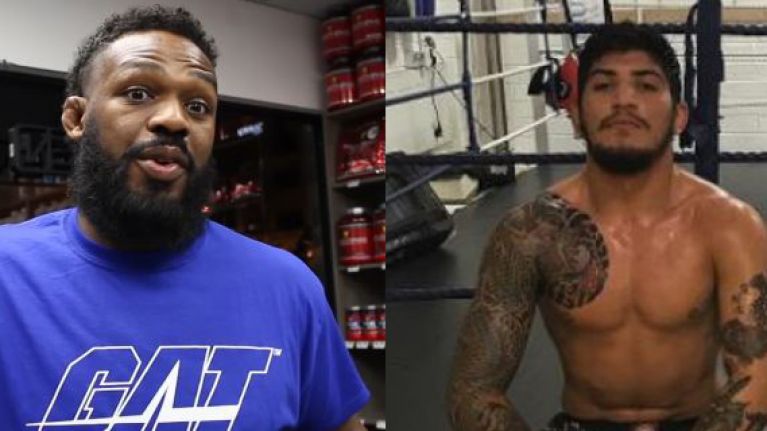 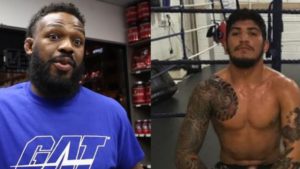 “I’d be so down,” Jones said on Twitter when asked by a fan if he’d like to participate at another of Chael Sonnen’s Submission Underground shows. “@FloGrappling who’s trying to get tapped out?”

I’d be so down @FloGrappling who’s trying to get tapped out? https://t.co/vJB4OLz1NU

Just after Jones tweeted this, it didn’t take Dillon Danis to call him out and said “I could submit you and [Brock] Lesnar in the same night”

Jones did not initially respond to this Tweet from Danis, but late on Sunday night, he fired back.

“Dude, you want to just suck my d*ck already and get it over with?” – Jon Jones said in his Tweet.

Jon Jones last fought on July 29 of 2017 where he knocked out Daniel Cormier in the third round, but it was later overturned into a No Contest after Jon Jones tested positive for a Drug test by USADA.

Bellator: Dillon Danis says he will ‘own’ Bellator after this weekend

Previous article
UFC: Conor McGregor calls Vladimir Putin as ‘One of the Greatest Leaders of our time’
Next article
UFC: Mirsad Bektic explains how loss to Darren Elkins motivated move to Tristar