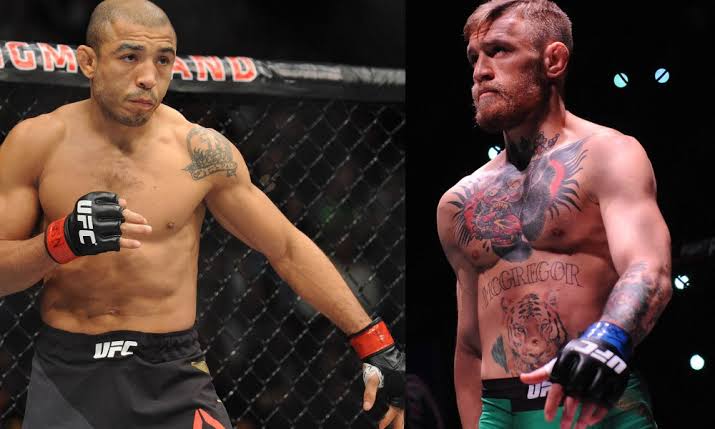 On March 26, former double champ and the biggest star the sport has ever seen, ‘The Notorious’ Conor McGregor decided to hang up his gloves.

The retirement obviously came as a shock as the Irish sensation was associated with talks of a fight against Donald ‘Cowboy’ Cerrone and was spotted training extremely hard. However the MMA community was comprehensive about the fact that McGregor has done everything the sport has to offer especially keeping in mind his ever flourishing Whiskey business.

The MMA community was quick with expressing their thoughts and gratitude towards McGregor for potentially changing the dynamics of the sport. One of them was arch rival, former featherweight champion Jose Aldo. Keeping in mind the bad blood between the two, Aldo sharing words of appreciation did raised some eyebrows. However for the man of which Aldo is, it wasn’t really surprising. 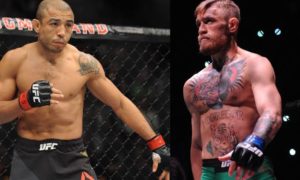 “What he did for the sport and what he won. If I fight Floyd Mayweather and make 80 million dollars, the ufc would never see me again too. Do you really think I would train multiple martial arts three times a day? He had a brilliant career, he was a great fighter and if he really is retiring, I congratulate him for all he did in the sport.”

McGregor was slated to fight Aldo at UFC 189 in July 2015 but ended up fighting him at UFC 194 in December 2015 as Aldo pulled out initially. During campaigning, McGregor did two huge press conferences in Dublin and in Rio de Janeiro. The fight was surrounded with a lot of trash talk which obviously didn’t go along well with Aldo. McGregor ended up knocking Aldo out in just 13 seconds. The aftermath of their trash talk continued after the fight as well.