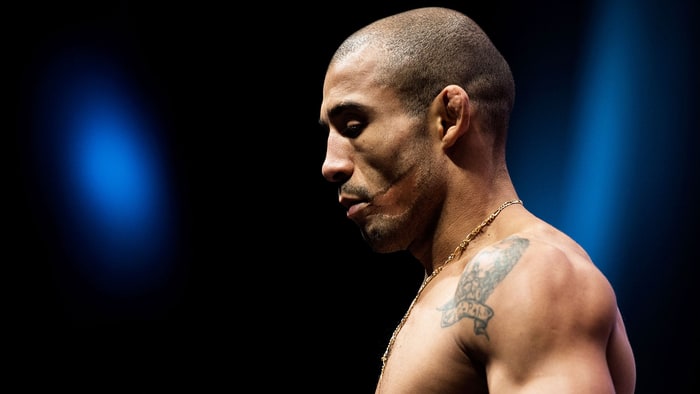 Former UFC Featherweight champion Jose Aldo seems ready to get back into the cage. In an interview with MMA Fighting, the Brazilian expressed his interest to fight Jeremy Stephens at UFC 224 which will be held in Rio De Janeiro in Brazil.

In the interview, Aldo also revealed that UFC had offered him a fight in April. Aldo feels that fighting in April would be too soon and wants to fight on the Brazil card instead which happens in May.

Aldo is coming off back to back TKO losses against current Featherweight champion Max Holloway. In his last four fights, Aldo is 1-3 and the fight against Stephens will be the Brazilian’s opportunity to bounce back. Aldo’s last win came against Frankie Edgar back at UFC 200.

Interestingly Aldo still holds a strong position in the UFC Featherweight rankings. The same was put under the scanner when Brian Ortega stopped Frankie Edgar last week and cemented his spot as the next title challenger.

Stephens, meanwhile, has a three-fight winning streak to his name. The latest win in this list came against Josh Emmett a couple of weeks back. Despite the controversial nature of the result, it was a win nevertheless and this raised the stock of Stephens in the division. Prior to this, Stephens also got wins over Doo Ho Choi and Gilbert Melendez.

As for UFC 224, the pay-per-view will feature a Women’s Bantamweight championship bout between Amanda Nunes and Raquel Pennington. There were rumors about Cris Cyborg replacing Raquel Pennington but UFC seems to be going ahead with the Bantamweight fight and save the Cyborg – Nunes showdown for another card.

The addition of Aldo vs. Stephens is bound to be a huge boost for the pay-per-view if it’s booked.