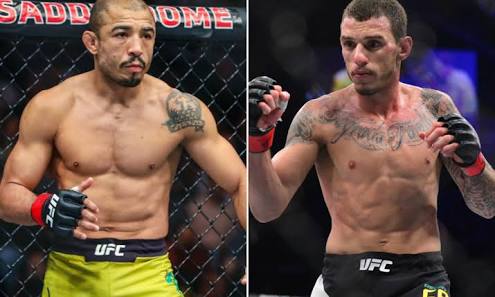 A technical slugfest is headed to Fortaleza with two of Brazil’s sons going to war as former two-time featherweight champion, arguably the best featherweight of all time and #2 ranked José Aldo Jr. (27-4 MMA, 9-3 UFC) will return back in action to take on prospect #4 ranked Renato Moicano (13-1-1 MMA, 5-1 UFC) on February 2. 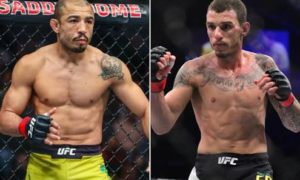 Living legend Aldo was earlier scheduled to fight veteran Cub Swanson in a rematch at UFC 233. However with Swanson not ready and the UFC 233 card being completely scrapped all together, the stars were aligned for Moicano to get his dream matchup. (via Twitter):

Aldo managed to get back into winning ways after back to back tuff third round TKO’s to current champ Max Holloway at UFC 212 and UFC 218 respectively. Aldo stunned the dangerous Jeremy Stephens via first round TKO courtesy of a liver shot from hell back in July to immediately announce himself into contention.

Moicano on the other hand has been on a tear, his only loss being against the recent title challenger Brian Ortega. Moicano is coming of an impressive first round submission against veteran Cub Swanson. Moicano also served as a replacement for the recent UFC 231 title fight between Holloway and Ortega indicating he is definitely next in line.

A victory on either ways has the winner right into contention.

UFC: Paul Felder vs James Vick removed from UFC 233, will happen at UFC on ESPN 1 in Phoenix