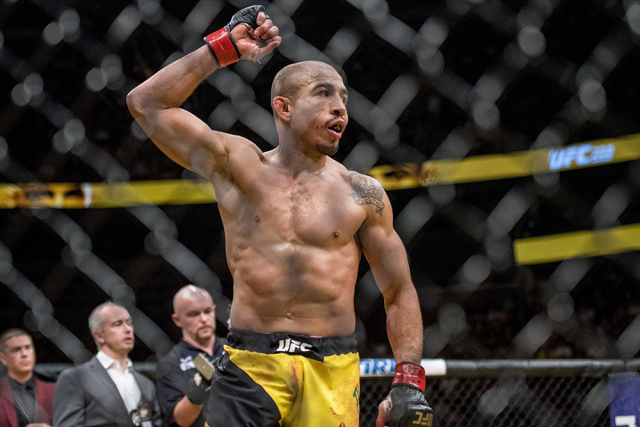 Jose Aldo, the longest reigning featherweight of all time was ridiculed by everybody after his embarrassing defeat against McGregor in a 13 second KO at UFC 196. Later, Holloway added insult to the injury by giving him to successive defeats to become the new Featherweight King.

But Aldo never doubted himself, neither did he pay heed to the haters. He went back to the drawing board, listened to his team and coaches and went against all odds to find redemption by shutting down Jeremy Stephens with a liver shot from hell and found himself a place back in the win column.

Watch how the legend rose again with a combination of ‘body shots’ at UFC Calgary. Aldo’s punch to the liver inflicted such vicious pain in Jeremy Stephens that his body stopped listening to the mind and the referee had to give the bout to Aldo via TKO – his first such TKO win in the last 5 years.

Jose Aldo is back! What a body shot #ThatsATummyAcheTomorrow pic.twitter.com/gwZjnLp3Mu

Previous articleUFC: Khabib Nurmagomedov will stick to his wrestling base, says he’ll take McGregor down 100 times if he has to
Next articleUFC: Jose Aldo wants to finish UFC contract with title win