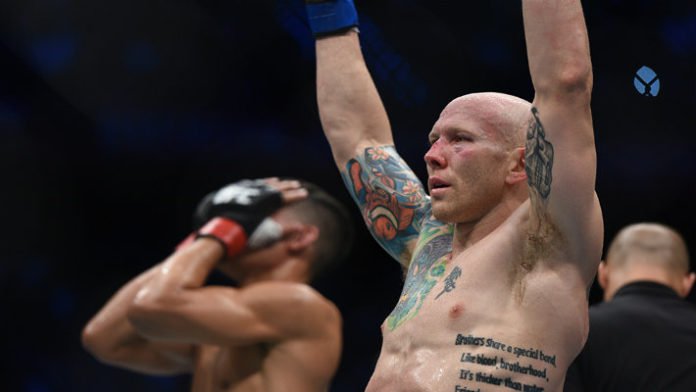 UFC star Josh Emmett was interviewed by MMA Weekly recently. During the interview, Emmett talked about a string of topics and most notably, he opened up about the possibility of fighting his teammates in the future.

Emmett, who trains at Team Alpha Male, has been a mainstay in the gym since its beginning.

The 32-year-old is currently ranked fifth in the featherweight division and is all set to fight Jeremy Stephens this weekend on the UFC on Fox 28 event. The fight between Emmett and Stephens will be the main event of the night.

While Stephens will be the immediate concern for Emmett, his own teammates could end up challenging him next. Darren Elkins is ranked in the top ten whereas Chad Mendes is nearing a comeback into the octagon. Andre Fili is slowly climbing up the ranks as well.

In the interview, Emmett opened up about the possibility of facing his teammates and had the following to say.

“It’s a good problem to have but when you actually think about that, I’d never want to fight a teammate. We’ve just have to talk about it and make sure the money is right.”

Emmett heads into the fight against Stephens with a 13-1 professional record and the momentum of a two-fight winning streak.

Previous articleUFC: Daniel Cormier says he is going to ‘show up and do his thing’ against Stipe Miocic
Next articleUFC: Israel Adesanya doesn’t want the UFC to protect him