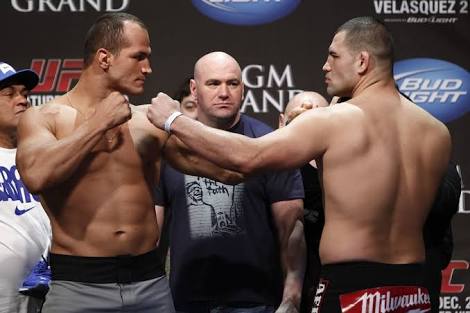 Former UFC heavyweight champion Junior Dos Santos got things back on track last July after a disastrous knockout loss from former champ Stipe Miocic and a USADA suspension for violation of doping rights which later turned out to be from contaminated supplements.

Santos believes he is just one victory away from a potential title shot and for that he is targeting a familiar face, former UFC heavyweight champ and arch rival Cain Velázquez. 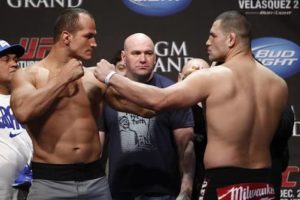 ”Not that I’m choosing, I’ve said thousands of times that I don’t choose opponents,” dos Santos told MMA Fighting. “For an example, we have [Tai] Tuivasa, who beat [Andrei] Arlovski. There are several options at heavyweight. Even [Cain] Velasquez. I don’t know what’s his status. People talk and talk about him, but he’s been out for years and no one understands it. The UFC has several options to book my next fight.”

Dos Santos is 1-2 in his last three fights against Velázquez with Dos Santos winning the first bout.