UFC: Justin Gaethje suggests a small change in his contract, says ‘With the way I fight, I need all my money up front’ 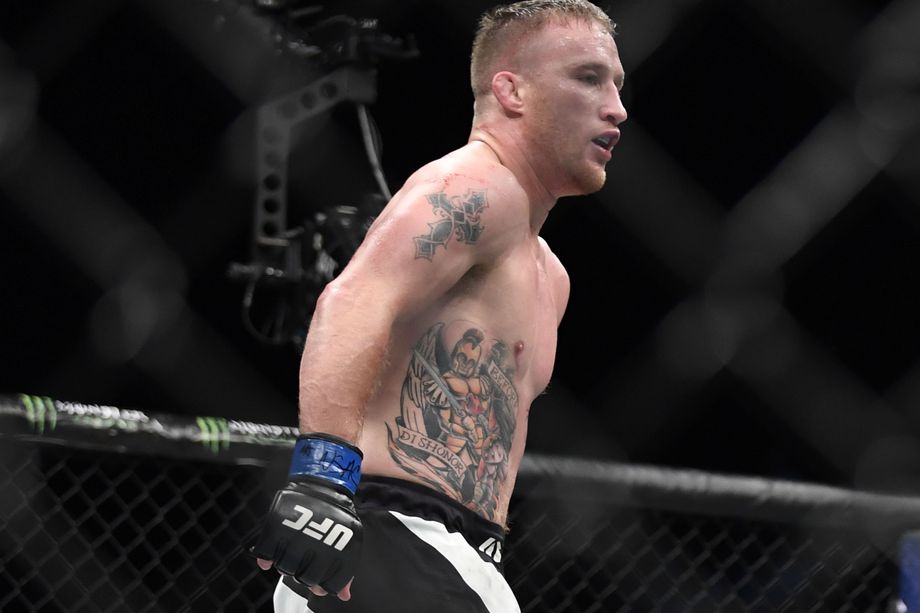 Justin Gaethje is back and how? The former WSOF lightweight champion was on a two fight losing streak, until he met surging lightweight James ‘The Texecutioner’ Vick in the main event of Fight Night 135 in Lincoln, Nebraska.

Gaethje connected with a huge overhand right to shut the lights of Vick. Vick was concussed upto the level that, he still tried to take Gaethje down when Gaethje went to Vick to clear some air, around a minute after the fight.

Gaethje in his four fights until now had proven to be a bonus machine winning $50,000 in each of his four fights. However in his post-fight scrum, Gaethje demanded this bonus system to be removed, at least for him, keeping in mind his brawling style of fighting.

“It should get me a business meeting with the UFC, that’s what it should give me,” Gaethje said (transcription via MMA Mania). “I want to fight the best. I’m happy with the UFC, I’m not unhappy with them. But the way I put it on the line, I need all my money up front. And that’s how it should work for people like me. They should use me as an example. If you want all your money, you fight like Justin Gaethje.”

The bonus system has also been condemned by UFC commentator Joe Rogan who suggested that fighters don’t actually “fight harder” with that incentive in play.