UFC: Kamaru Usman believes he should fight for the belt next 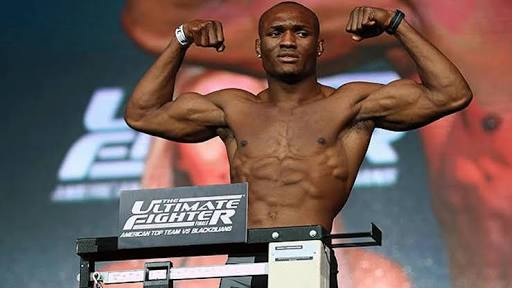 UFC in their first visit to the South American nation of Chile featured a main event of ranked welterweights as #5 ranked former middleweight and welterweight title challenger Demain Maia took on Kamaru ‘the Nigerian Nightmare’ Usman. Maia is considered one of the best Brazilian Jiu-jitsu practioners to ever step inside the octagon. He stepped up on three weeks notice to save the day for the fans.

Usman was earlier scheduled to face South American prospect #10 ranked contender Santiago Ponzinibbio. The change in opponent however didn’t lead to change in results which Usman has been getting inside the octagon as he defeated Maia via a lopsided unanimous decision.

Maia tried to take Usman down but Usman stuffed his takedowns all night long to keep Maia on feet where he was more superior.

Usman had some words for UFC President Dana White as well and believes he passed his test.

“I believe Dana really wanted to test me to see if I had all the tools and I proved I’m good everywhere,” said Usman at the UFC Chile post-fight press conference. “I can defend the takedowns, I can get a guy down if I want them, I can keep it standing and strike, I can do it all.

“This was the hardest fight in the division. I believe Tyron Woodley is an easier fight than this fight and those two bums that are fighting for the interim title, they’re easier fights. I’ve called those guys out, all you hear is crickets.”

“I think I should fight for the belt, like, next. I just dominated (Maia) better than Tyron Woodley. Tyron ran from him the whole fight. Tyron threw, what, the fewest strikes in a championship fight ever? And I just went out and I just dominated the guy from start to finish,” Usman proclaimed.

“I want to fight for that title by the end of the year, if possible.”

“It’s either Woodley or the winner of Till and Wonderboy, that’s it.”