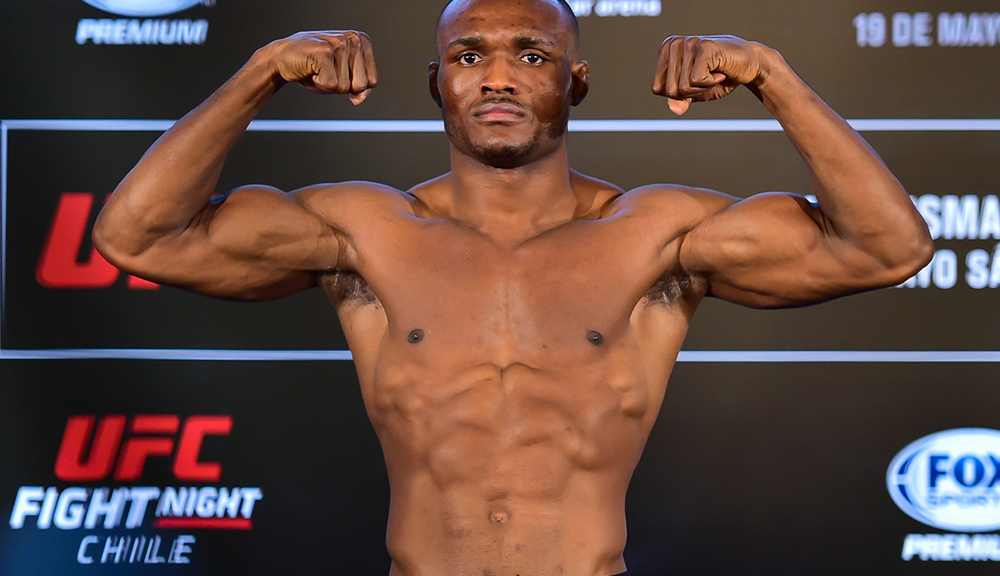 Darren Till has had some weight-cutting issues lately and his last fight against Stephen Thompson further highlighted his problems with cutting weight. He is a big welterweight who seems to be too big for the weight-class. While many people have given their opinions about Till’s issues with weight-cutting, the latest one to join the list is fellow welterweight prospect Kamaru Usman.

“The Nigerian Nightmare” recently discusses Till’s disastrous attempts at cutting weight at The MMA Hour. On the show, Usman compared Till’s struggles with those of Anthony Johnson. here’s what he had to say:

With Darren Till, he’s shown that it’s a weight issue. He’s a big guy. It’s not his fault, he’s growing, he’s a human being — he’s a big guy. With Till, it could be a weight issue and it could be something else. That’s how I think of those guys. With Woodley, weight’s not going to be an issue, it’ll be something else. With Till it could be a number of things. I’m ready for either one of them. And I’m ready if nothing happens and I make weight. I did it in college every weekend for free.
For [Till] it’s especially tough, What it reminds me of is Anthony Johnson continuously trying to make 170 back in the day. This was the same struggle and I bet it’s the same for him.

UFC: Chris Weidman explains why UFC didn’t give him title shot, says ‘It kind of pisses me off’