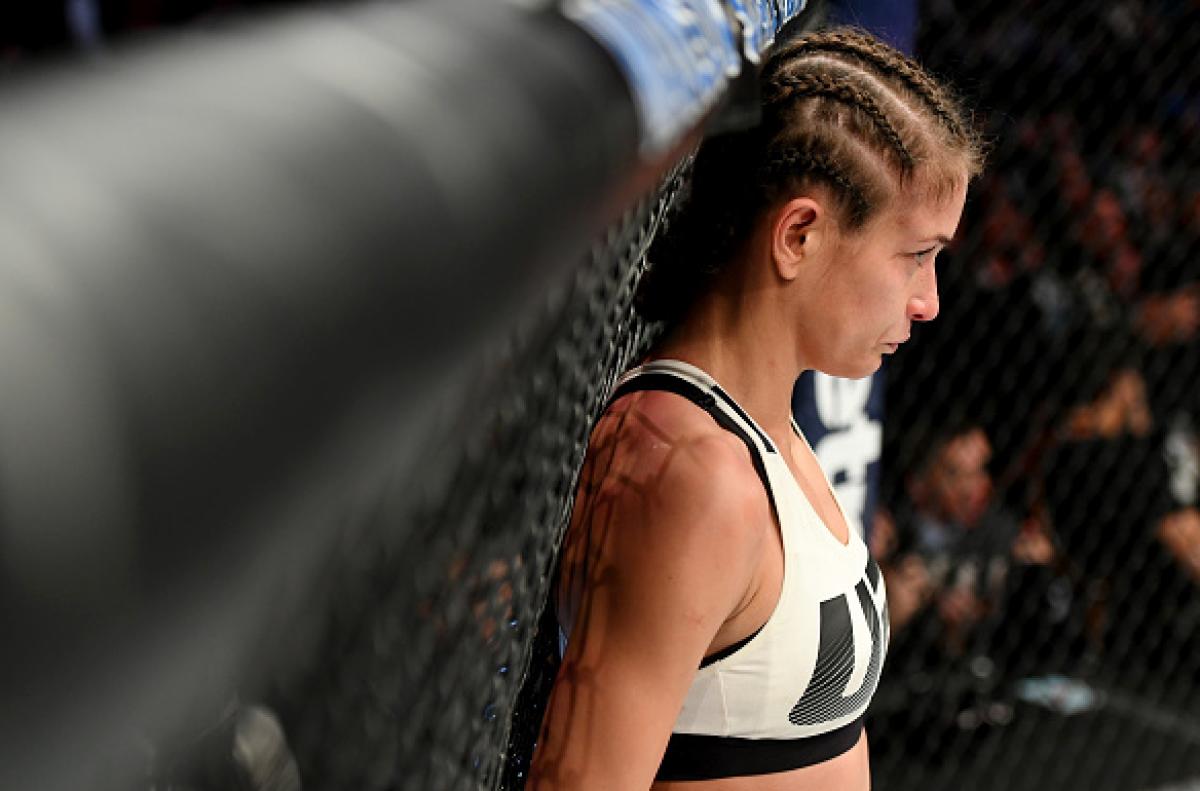 Karolina Kowalkiewicz makes her UFC return at UFC 223 against Felice Herrig. With just days to go for the fight, the Polish sensation is dreaming about being the first person to finish Herrig.

Karolina revealed the same during a recent interview with Polsatsport.

“Felice has not been finished yet! My big dream is to finish the fight by some fun knockout or submission, but this is a fight. Everything changes after you get hit by the first punch so I’m expecting a tough 15-minute fight.” Karolina said. (H/T MMA Nytt).

The 33-year-old Herrig currently has a professional record of 14-6 to her name. All of her six losses came via decision with the last one coming against Paige VanZant back in April 2015. Herrig has gone on to win four fights since and will be looking to extend her winning streak to five.

Karolina, meanwhile, is 11-2 in her career and is coming off a win against Jodie Esquibel. She started her career with an impressive 10-fight winning streak and ended up earning a title shot as well against Joanna Jedrzejczyk. Karolina, however, lost the fight via a decision.

Prior to mentioning her dream of finishing Herrig, Karolina said that it will be a tough fight for her.

“It will surely be a tough fight for me and it will also be a tough fight for her. But I think it will be way harder for her – at least I hope so. She has made a big improvements in every dimension. She improved her ground game. I think physical strength is her biggest advantage – you can see it by her figure, you can see it on her training sessions, but physical strength doesn’t always affect the fight.” She added.

Previous articleUFC: Khabib Nurmagomedov and Tony Ferguson engage in war of words before UFC 223
Next articleUFC: Michael Bisping interested in a retirement fight at UFC Liverpool