UFC: Kevin Lee says he would prefer to fight Khabib over McGregor because fans think Khabib is ‘unstoppable’ 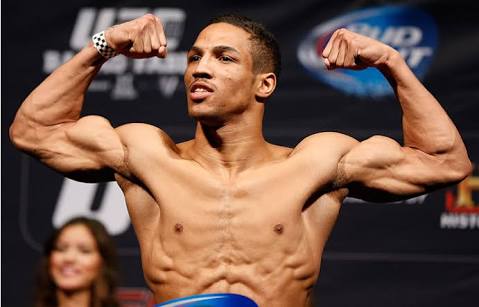 UFC 229 will feature probably the biggest fight in the history of the sport as former featherweight and lightweight champion ‘The Notorious’ Conor McGregor will make his much anticipated return to take on current UFC lightweight champion Khabib ‘ The Eagle’ Nurmagomedov on October 6.

The winner of the fight would certainly solidify who the best in the division is. With the magnitude of the fight being so big, other lightweight contenders are already contemplating to fight against the winner of this fight. One of them is #5 ranked lightweight Kevin ‘The Motown Phenom’ Lee. Lee said he would prefer fighting the undefeated Nurmagomedov over McGregor due to the invincible image he has.

“I’d rather fight Khabib [Nurmagomedov] to be honest,” Lee told.  “Just because people see him as just this unstoppable tank. Ya know, Conor [McGregor’s] already got a couple losses on there. So Conor takes it away from me.

“To be the one to get rid of that 0… Something like that only comes around once in a lifetime. Especially with a guy like Khabib. I just see him, I’m a lion myself. When I see that meal I gotta go for it.”

UFC: Kevin Lee says he has started training camp for UFC 229 without an opponent

UFC: Kevin Lee opens up about weight cut issues, says everybody is waiting for someone to die

Previous articleBellator: Despite showing sportsmanship after the fight, Ricky Bandejas believes James Gallagher is ‘still a d**k’
Next articleUFC: Demetrious Johnson okay with T.J. Dillashaw vs. Henry Cejudo, says ‘it’s good for them’